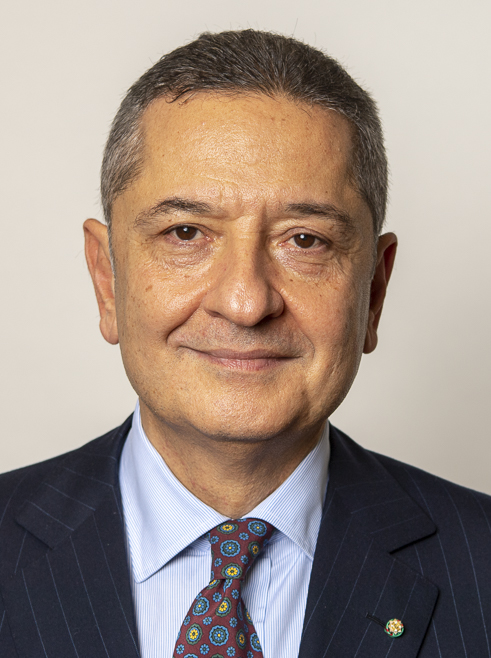 Fabio Panetta
Member of the ECB's Executive Board

Digital central bank money for Europeans – getting ready for the future

Blog post by Fabio Panetta, Member of the Executive Board of the ECB, and Ulrich Bindseil, ECB Director General Market Infrastructure and Payments

The possibility of digitising the euro is setting high expectations. But it is also raising questions. At the ECB we take people’s concerns seriously, and are thus committed to clearing up any misunderstandings. There are currently three misconceptions about the digital euro. First, that the ECB intends to abolish cash and then, having done so, impose even lower interest rates on the digital euro for reasons related to how monetary policy is implemented. Second, that a digital euro would displace banking intermediation. And third, that the digital euro would not be based on a viable business model.

First of all, it is not yet decided whether a digital euro will be introduced at all. We are still exploring the possibility and considering it conceptually. Later this year, the ECB’s Governing Council will decide whether or not we should launch a project to get ready to issue a digital euro. Even if we decide to do so, it would simply mean that we want to be prepared. A decision to actually issue a digital euro would come at a later stage.

Central to all our discussions is the fact that a digital euro would be a means of payment that would complement cash, not replace it. Abolishing cash is not on the table, as ECB President Christine Lagarde and other members of the ECB Board and Governing Council have stated publicly on several occasions. Moreover, banknotes are legal tender under European primary law. And the ECB and the European Commission have both pledged support for the continued use of cash at the point of sale.

There is therefore no truth to the claim that the ECB is planning to impose significantly more negative interest rates via a digital euro. As long as there is cash, people can continue to hold it at an interest rate equal to zero. Hence, introducing a digital euro cannot make citizens worse off. The aim of the digital euro would be to offer citizens the possibility of using central bank money as a convenient way of paying digitally. It is not about monetary policy.

The concern that the ECB wants to draw significant amounts of customer deposits away from banks is also unfounded. We believe in the strong merits of allocating credit through private channels – banks and capital markets. So we have no intention of redesigning the European financial system. Customer deposits and the role of banks as lenders go hand in hand, and a digital euro would not challenge this. We have already expressed our views on possible ways in which the digital euro could be designed to prevent it becoming an investment vehicle that could undermine the role of banks in financial intermediation.

Instead, more attention should be paid to the stability risks if the ECB does not offer a digital currency. We must avoid a situation in which European payments are dominated by non-European providers, including by foreign tech giants potentially offering artificial currencies in the future. Not only could this threaten the stability of the financial system, but individuals and merchants alike would be vulnerable to a small number of dominant providers with strong market power.

Therefore, preparing for a digital euro also protects Europe’s autonomy. It represents a safeguard should undesirable scenarios materialise. Such scenarios are not around the corner, but citizens must be able to rely on the fact that the authorities responsible have such dangers on their radar and are arming themselves against them at an early stage.

It is understandable that some people do not see the benefits of a digital euro at present. But public institutions are responsible for looking at the challenges of the future and preparing well in advance. They must act with foresight in the interest of all, even though prevention does not always reap glory.

Unlike private companies or data-hungry tech firms, central banks do not seek to maximise profits. We have no interest in personal data or market dominance. The goal of a digital euro would be to provide Europeans with an alternative, modern, secure means of payment, backed by the commitment of an independent central bank to ensure its stability. It would work as a basis and integral component, not as a counter-design to modern payment services. The digital euro, if it were introduced, would respect privacy and would be available free of charge. Its availability would facilitate digital payments in all corners of the euro area.

Of course, this requires the digital euro to be user-friendly and widely adopted. The ECB is therefore committed to discussing the topic with industry representatives, academics and the broader public to really understand people’s needs and ensure the digital euro would be accepted.

This will take some time. But our responsibility to Europeans means that we must ensure our single currency is future-proof and fit for the digital age. Thoroughness is an essential part of our work.

This blog post first appeared as an opinion piece in the Frankfurter Allgemeine Zeitung on 25 March 2021.