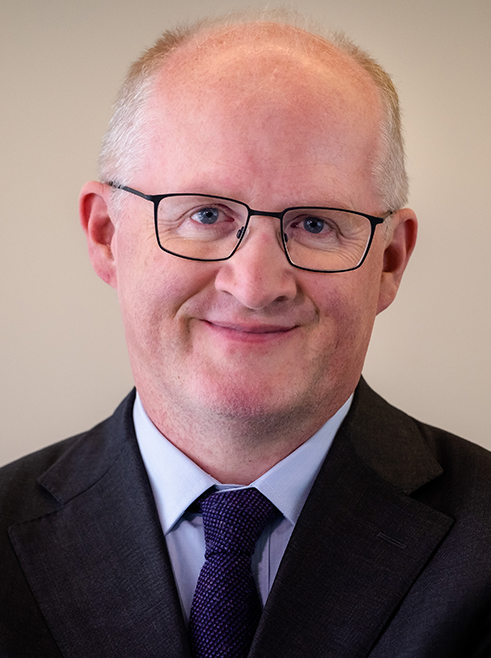 Philip R. Lane
Member of the ECB's Executive Board

Interview with Philip R. Lane, Member of the Executive Board of the ECB, conducted by András Szigetvari on 20 September 2022

In Austria the autumn round of wage negotiations has just started, with the metalworkers’ union demanding a pay rise of 10.6 per cent. Are you worried about this sort of figure?

Unions and employers should not ignore what has happened. High inflation will have to be reflected in higher wages. But this needs to be balanced. Wages will grow more than they have in recent years. But trying to fully shield workers from inflation through higher pay would lead to a big increase in costs for firms and second-round effects.

Firms would have to pass pay rises on to consumers through higher prices. Then, next year trade unions would again have to say: inflation is still high, we need another large pay increase. Many of the wage rises we are currently seeing in the euro area are balanced and in the middle ground, where there is some attempt to make sure that the living standards of workers do not suffer too much but also a recognition that fully protecting workers by matching inflation one for one in wage agreements would be self-defeating. This would just prolong very high inflation rates, which would require a much bigger and tougher monetary policy response.

This would be a wage-price spiral. But trade unions are saying that businesses are also hiking their prices because in an environment of high inflation, they can. Firms are making additional profits, which for the unions is problematic.

Let me fully agree with this criticism. I would strongly warn firms not to expect the same level of profitability in times of high inflation. To me, the collective message of balance is important. In order to get back to lower inflation, we need to realise that corporate profitability will decrease for a while and that wages will not fully keep up with inflation for a while either.

Are there signs that this realisation is taking hold? This may well be your hope, but what can the ECB do?

There are two specific factors here. First, because of the war and the high energy prices, there are many indicators that the economy is going to slow down. Many people are talking about recession. Firms know that in a difficult environment they may lose their market share if they hike their prices too much. On the other hand, if pay settlements are too high, the likelihood of layoffs in the event of an economic downturn increases. Second – and this brings us back to the job of the ECB – is that we are now making sizeable interest rates increases. This should make it clear to businesses and workers that demand conditions will become less favourable. So if you keep raising your prices, you risk losing demand and revenues.

So this means that employees have to accept a loss in their real income. We’re becoming poorer.

This year we will spend around five per cent of euro area income on net energy imports. Previously, this figure was around one per cent. We will need to bear that burden collectively. Living standards will fall as a result of energy bills. This does make people poorer and will feel like a recession to many. The reason is that in Europe we import so much of our energy. It’s different in the United States, which produces a lot of energy, so there are winners and losers from high energy prices. But we expect inflation to decrease significantly in 2023, with further decreases in 2024. And there will be some wage catch up over time, so that living standards start to improve again.

What makes you think that inflation will fall? That’s a bold prediction.

First of all, we think that, by the middle of next year, energy prices will have largely stabilised, even if we do not necessarily expect to see a larger decline. Second, these developments were caused in part by pandemic-induced bottlenecks, which led to production delays and delivery problems. We saw this in the automotive industry, for instance. This situation there has now eased somewhat. Similarly, fast-rising transport costs in shipping are now also falling. A third factor is that energy accounts for a large share of the production costs for food. This explains why food has become so much more expensive as energy prices have risen. If energy prices now stabilise, this will also dampen price increases for food. On top of this, our interest rate hikes will slow demand in the economy.

For 30 years now, prices have only risen very slowly. Now there are a number of economists who believe that the period of low inflation is past. Energy is becoming more expensive. The fight against the climate crisis is pushing up transport costs. On top of this, the impact of globalisation is waning. Pay pressure is rising in China as well, and the country now wants to be far more than just the “world’s factory”.

What we’ve seen over the last year is largely an energy shock, leading to the sudden rise in electricity and gas prices. This is a near-term issue to which we have to respond. At the same time, in the background we are seeing a change in the dynamics of some forces that operate, as you say, over a much longer period. Prior to the pandemic, the low price of oil and the contribution of supply from China and other emerging market economies to reducing prices, especially of manufactured goods, ensured that inflation remained low. These forces are unlikely to return, which will probably raise inflationary pressure compared to the pre-pandemic period of extremely low inflation. We can, however, respond to this environment by adjusting our monetary policy. Greater inflationary pressure does not necessarily mean that we will experience high inflation, because we can take action against that.

And yet there are many critics who accuse the ECB of reacting too late.

If someone says the ECB has been passive or inactive, I don’t agree with that. Since last December we have moved monetary policy quite a bit. Maybe one of the big messages here is, since 2015 monetary policy has essentially had two components. One is the size of the ECB balance sheet. We have bought a lot of government bonds. We have supported the banks through our programme of targeted long-term loans to encourage lending. The first job this year has been to take steps to move away from an expanding balance sheet. We had a sequence where until June, that was the first job. The second job is now raising interest rates.

The economist Maurice Obstfeld warns that central banks could do too much with their interest rate hikes. His argument runs like this: we’re no longer living in the 1970s, the major economies import more goods and services than before. This means that what the central banks in the United States, Britain and other countries do is also relevant for us. If pretty much every central bank raises interest rates, the impact will be too strong, choking off the global economy.

This is an important point. The reality is that inflation has both a global and a domestic component, but the domestic component is pretty large. But this is not an either/or situation. Absolutely, we do have to take into account the fact that central banks around the world are now tightening policy, which will lower global inflation. So when we say inflation will come down in Europe, it's partly because global inflation will come down. But we also need to do our part of the job and make sure that the domestic component of inflation, which is responsive to our monetary policy, comes down. If inflation is running at nine per cent, as it is right now, this is a major challenge for everyone.

How are governments’ spending policies impacting the effectiveness of the ECB’s monetary policy? Many euro area countries are spending a tremendous amount of money as a response to the inflation crisis.

The energy shock we are experiencing is huge. It is the poorest people in our society that are most affected. From the point of view of fairness, but also from a macroeconomic perspective, governments should support the income and consumption of those households and firms that are suffering the most. The big question is whether part of this support ought to be financed by tax increases for those that are better off. This could take the form of higher taxes on higher earners or on industries and firms that are highly profitable in spite of the energy shock. If you support those in need through higher taxes, it has less of an effect on inflation than if you increase deficits.

Does that mean that higher deficits present a risk? The original strict rules for government budgets have been suspended in the EU until the end of 2023.

In the short run, it won’t be possible to avoid somewhat higher deficits, but there has to be a clear time limit. This is important for monetary policy. This year is a special case because pandemic spending is normalising. The economy has reopened and many pandemic-related subsidies have expired. We are therefore not seeing major new deficits this year. It’s more an issue for next year, to make sure that the deficit continues to improve rather than getting stuck at the current level. This does not mean moving towards austerity, just moving away from expansionary policy.

You are predicting a decline in inflation and signalling further rate hikes. Yet, the ECB forecasts only a slight increase in unemployment. Is Europe to expect developments like those in the United States? The United States is in recession, but the labour market is thriving.

Most of the improvement in inflation will come from energy prices stabilising and bottlenecks easing, because that is basically an improvement on the supply side of the economy. That can happen without an increase in unemployment. Demand will also moderate, including because of our monetary policy, and this will weaken the labour market. At the same time, it is probably not only the unemployment rate that we should be looking at. In Europe, and even more so in the United States, the number of vacancies is very high, many firms are looking for workers. One way for the labour market to be able to cool off is not to have more unemployed, but instead to have fewer vacancies.

Is there still this correlation between higher interest rates and weaknesses in the labour market?

That relation is still there. And we do expect unemployment to go up. But the dominant issue for now is the supply dimension, not the demand dimension, which is where this relation would matter more.