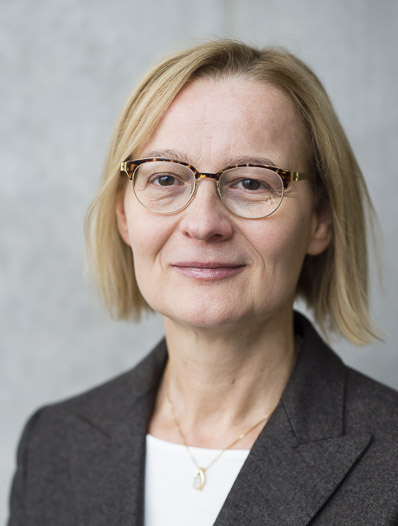 This box analyses recent information from euro area firms regarding their selling price expectations. Firms are important economic agents when it comes to determining inflation dynamics, since they take many decisions that influence macroeconomic outcomes, from negotiating wages and setting prices to determining how much to invest and how many people to employ. However, information about firms’ pricing practices remains relatively scarce compared with information on other economic agents in both the euro area and many other countries. To help understand pricing practices among euro area corporations, the most recent Survey on the Access to Finance of Enterprises in the euro area (SAFE) introduced additional questions on recent (over the past 12 months) and expected (over the next 12 months) price changes at firm level.[1] It also included questions on the importance of different determinants of such price expectations over the next 12 months. This box reports on the responses and analyses which characteristics of firms are relevant for better understanding those expectations.

In line with the recent increase in inflationary pressures, euro area companies overall reported an increase in selling prices over the last year. About three-quarters of euro area firms indicated that their selling prices increased “a little” (46%) or “a lot” (26%). Meanwhile, the proportion of firms whose prices remained unchanged was more limited (22%), and only very few firms reported lower prices (4%).

Firms expect upward pressures to continue in the near term (Chart A). The large majority of euro area enterprises also expect their prices to increase going forward (47% by “a little” and 28% by “a lot”), with a lower proportion expecting their prices to remain unchanged (18%) or to decrease a little (3%). Expectations of overall higher selling prices are shared across firms of all sizes.

Among the four largest euro area economies, firms in Germany expect stronger upward price pressures than firms in the other three countries. More than one-third of German firms expect their prices to increase by “a lot” (36%), while for the other large countries the proportion ranges between 21% (Spain and Italy) and 26% (France). In all four countries, firms expecting prices to increase by “a little” form the largest group (ranging from 44% in Germany to 49% in France and Italy), while only about one-quarter of firms expect unchanged or decreasing prices (ranging between 18% in Germany and 30% in Spain).

Input costs (for both materials and labour) and expected inflation are the main factors behind higher expected selling prices among euro area companies, followed by own demand. To further understand the forces behind the expected price changes, firms were also asked to indicate the main determinants of their selling price expectations over the next twelve months (Chart B). In line with the observed increase in global prices for commodities and raw materials, the cost of production inputs is the most important factor currently influencing selling price expectations (reported as “very important” by 74% of firms), followed by labour costs (60%), expected inflation (58%) and own demand (55%). By contrast, factors such as market shares/competitors’ prices, the exchange rate, and financing costs and availability play a much more limited role.[2]

The perceived importance of both input costs and expected inflation as factors determining selling price expectations has increased compared with 2020. Prior to the coronavirus (COVID-19) pandemic, a previous SAFE survey round contained similar questions on the factors influencing firms’ selling price expectations. Changes in the relative importance assigned to different factors in the current survey round compared with the previous one offer additional insights into the increases in selling price expectations among firms. In early 2020, prior to the pandemic, labour and production input costs were already the main source of upward pressures on selling prices. More specifically, the share of firms reporting that labour costs are relevant has remained similar to that in the previous survey (reported as “very important” by around 60% of firms), while the relevance of input costs has risen further (to 74% of firms from 50%). The significant rise in inflation since 2020 appears to have influenced the role of expected inflation in expected selling prices, with 58% of firms now reporting it as “very important” (up from 30% in 2020). By contrast, developments in own demand and in competitors’ prices/market share play a smaller role now than in 2020, while the exchange rate and financing costs/availability continue to play a very limited role (reported as “not important” by around 40% of firms). These trends are broadly similar across firm sizes, although input costs and expected inflation seem to be more relevant for large companies than for small and medium-sized enterprises, while the opposite seems to hold for financing costs.

The greater importance attached to input costs helps explain why selling price expectations are higher in the industry, construction and trade sectors than in the services sector (Chart C). Firms in the industry, construction and trade sectors assign significantly greater importance to the role of input costs than firms in the services sector. This underscores the severe impact of the rise in materials and commodities prices over recent months in more material-intensive sectors, while more labour-intensive sectors, like services but also construction, assign a slightly higher importance to labour costs. Meanwhile, the other two important factors – expected inflation and own demand – are ranked very similarly across sectors.

Additional granular analysis provides insights into what types of firms considered expected inflation to be particularly important for the setting of future selling prices in 2022. To better understand what has been driving the rising importance of inflation expectations reported by respondents, the analysis compares those firms indicating that expected inflation is “very important” (dark red bars in Chart B) in pricing decisions with those indicating that it is “not important” (green bars in Chart B).

Family-run companies and firms reporting increases in the prices of production inputs and in their overall debt burden are among the firms that considered expected inflation to be a very important factor for the setting of future selling prices. Chart D shows the marginal impact of several characteristics of firms on the probability that they reported expected inflation as “very important”, conditional on size, sectoral and country differences. Firms that reported increases in input costs and labour costs in the period from October 2021 to March 2022 are, respectively, 5 and 9 percentage points more likely to report expected inflation as a very important factor for future selling prices than firms that did not report such increases. This evidence may suggest that the higher relevance of input and labour costs and expected inflation could just reflect upward pressures on prices. Firms with increased interest expenses and leverage also tended to report expected inflation as very important for their pricing, although the difference is slightly smaller at 3 percentage points. In addition, the analysis shows that “independent” firms (firms owned by families or individual entrepreneurs) are 3 percentage points more likely to revise their pricing decisions owing to expected inflation. Finally, firms that have increased their fixed investment in the previous six months are also more likely to take into account expected inflation. By contrast, this was less likely for more profitable firms, which may have more room to keep prices unchanged by absorbing costs.