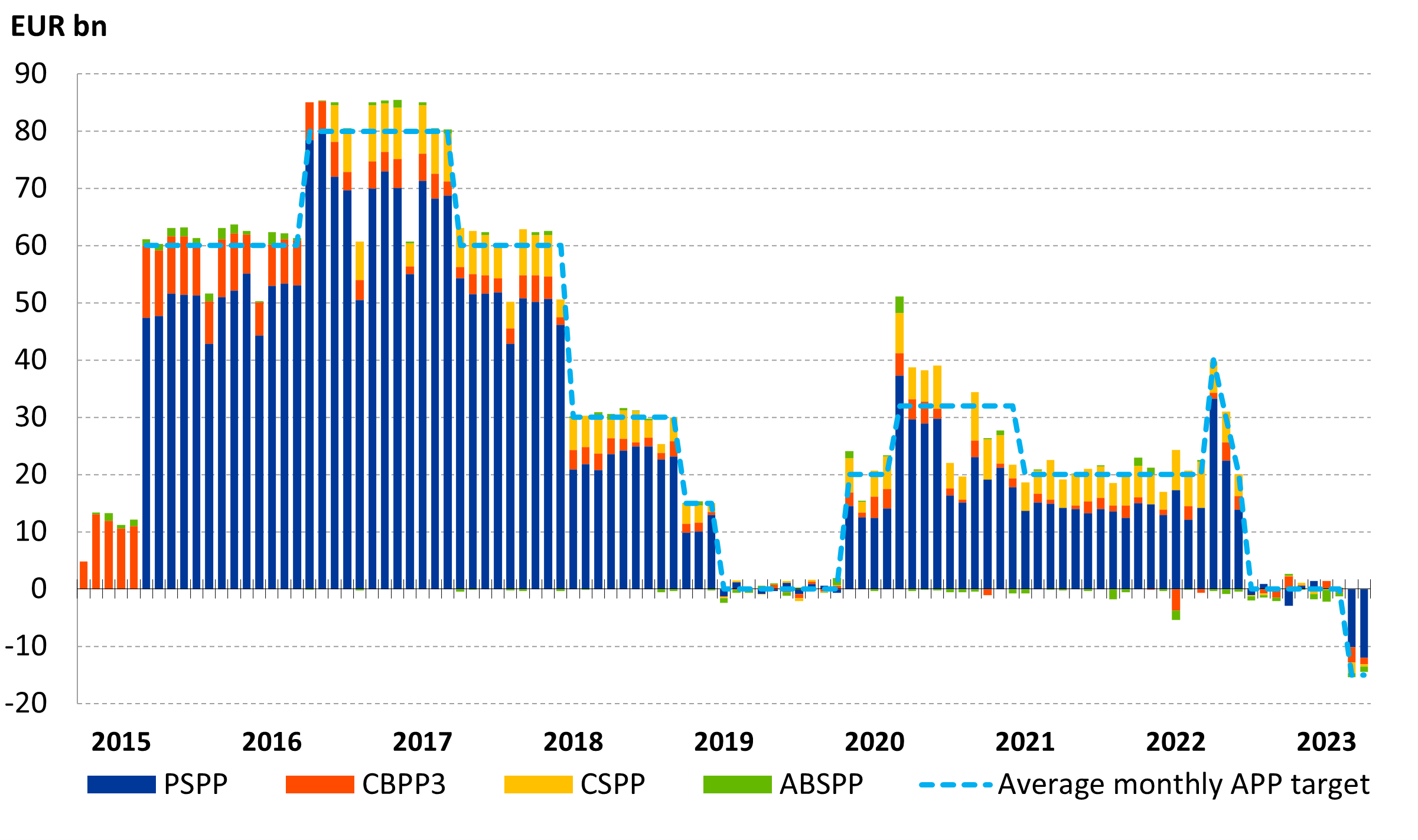 The stock of Eurosystem APP bonds stood at €3287 billion at the end of December 2021. The cumulative net purchases are illustrated below. 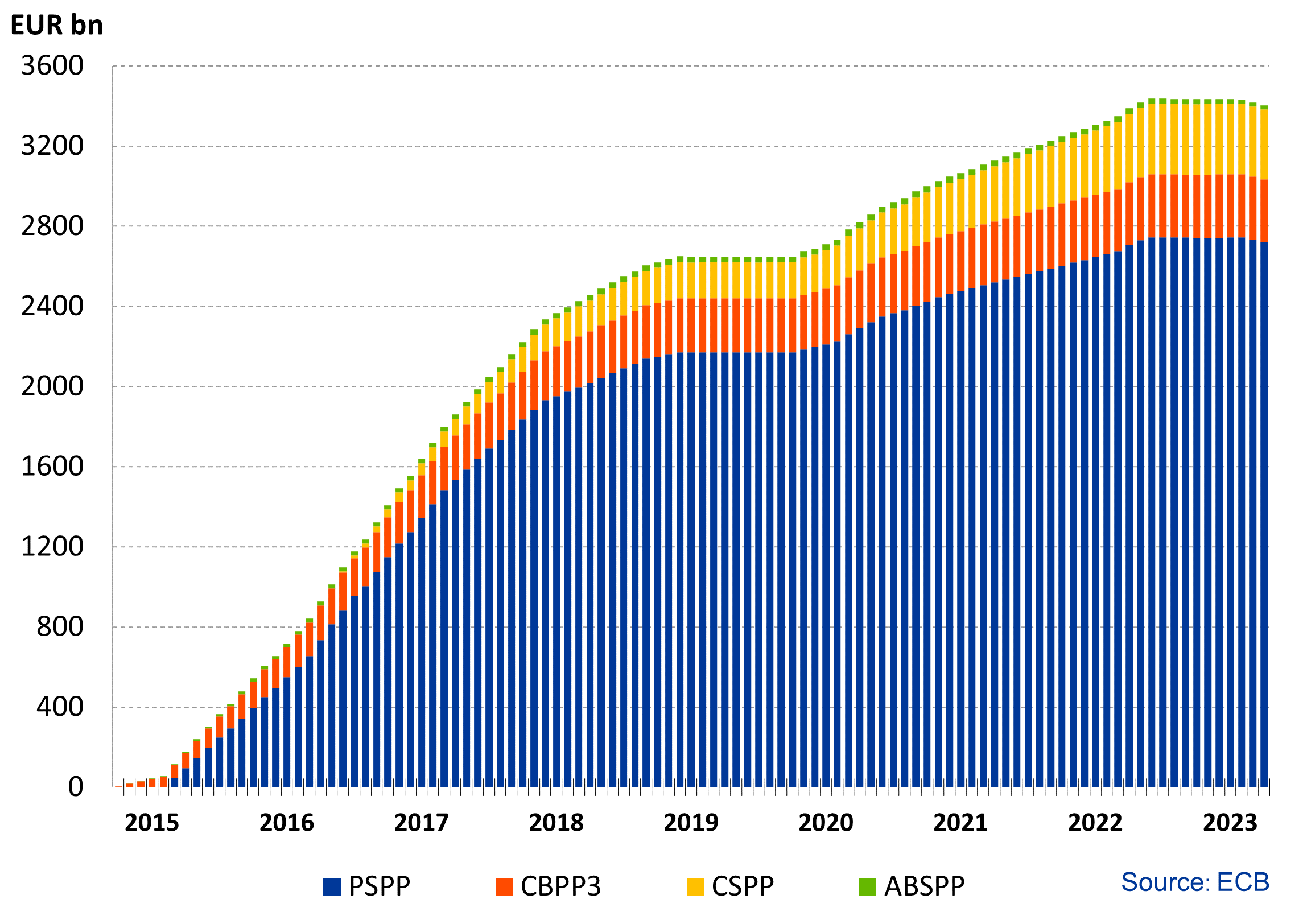