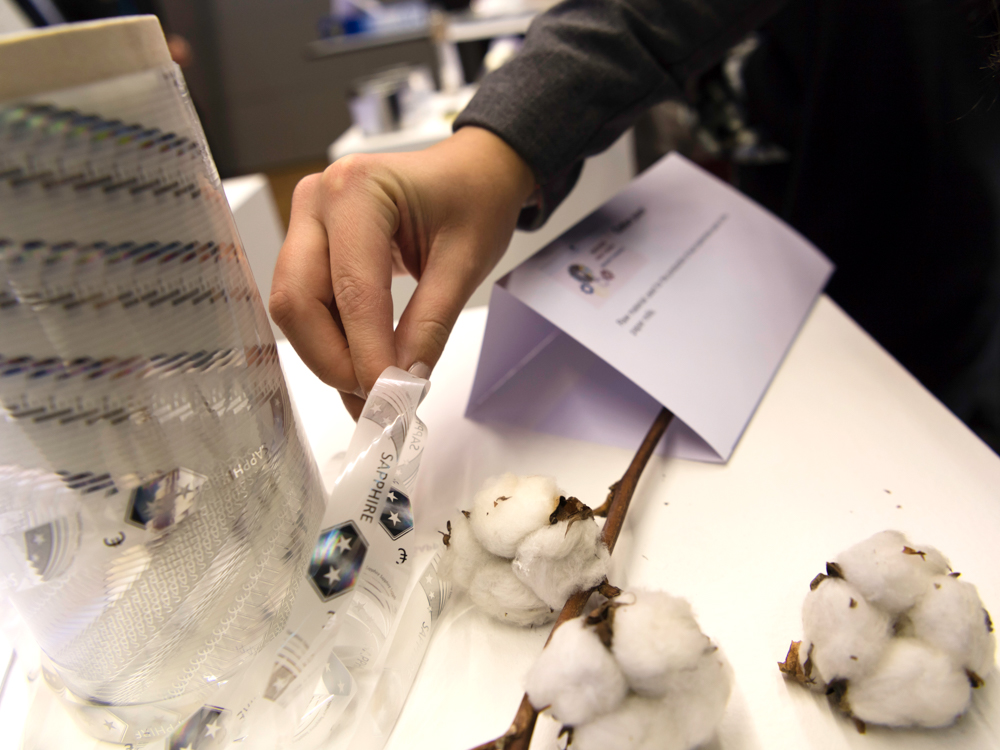 The ECB seeks to promote good environmental management and minimise the risks to the health and safety of the general public and the workers involved in the production of euro banknotes.

To ensure high standards are maintained concerning health, safety and environmental conditions during the production of euro banknotes and their main raw materials, we have developed two systems based on international standards.

As an environment-conscious institution, the ECB tries hard to make prudent use of natural resources, to preserve the quality of the environment and to protect human health in the production and supply of euro banknotes.

Euro banknotes are safe: independent test results confirm that they fulfil relevant EU regulations concerning a wide range of chemical substances. All substances found in euro banknotes have been shown to have concentrations far below any limits set by European Union regulations.

Before their launch in January 2002, euro banknotes were tested to ensure they did not pose any risk of toxicity if ingested or touched, and that they could not cause damage to genetic material.

Low levels of common bacteria have typically been found on banknotes coming from sources such as food outlets. The presence of bacteria is so small that they cannot cause even minor symptoms. Plastic credit cards generally have the same levels of bacteria as banknotes.

Occasionally, the Eurosystem has been contacted with concerns about a variety of substances. In all cases, either the concentration was so tiny that it posed no health risk or the substance in question was not found at all.

There is no specific legislation regarding the chemical content of banknotes. Therefore, in order to monitor the presence of harmful chemicals in euro banknotes, legislation targeting other products that come into direct contact with people’s skin has been used for reference, e.g. the EU Toy Safety Directive (Directive 2009/48/EC) and the EU Cosmetics Regulation (Regulation (EC) No 1223/2009).

Assessment of the environmental impact

When euro banknotes were introduced, the ECB carried out an assessment to identify the environmental impact of the notes and whether the product or processes could be improved in that respect.

The study followed the ISO 14040 ff. international standard and covered the whole life cycle of banknotes: production of raw materials, printing of banknotes, storage and circulation, including sorting used banknotes, and their end-of-life treatment.

The assessment considered process data collected from all suppliers in the euro banknote supply chain, specific data on the raw materials used as well as literature data on standard processes, such as electricity production or transport (mostly taken from the Ecoinvent 2000 database). The assessment was based on the production of euro banknotes in 2003, which amounted to approximately 3 billion banknotes for all denominations, with a total weight of approximately 2,500 tonnes.