The ECB has decided to stop producing the €500 banknote, although the first series €500 remains legal tender.

The second series of banknotes is called the Europa series because two of the security features contain a portrait of Europa. This figure from Greek mythology was included in the new euro banknotes because it has an obvious link to the continent of Europe and also adds a human touch to the banknotes. The image of Europa was taken from a vase in the Louvre in Paris. 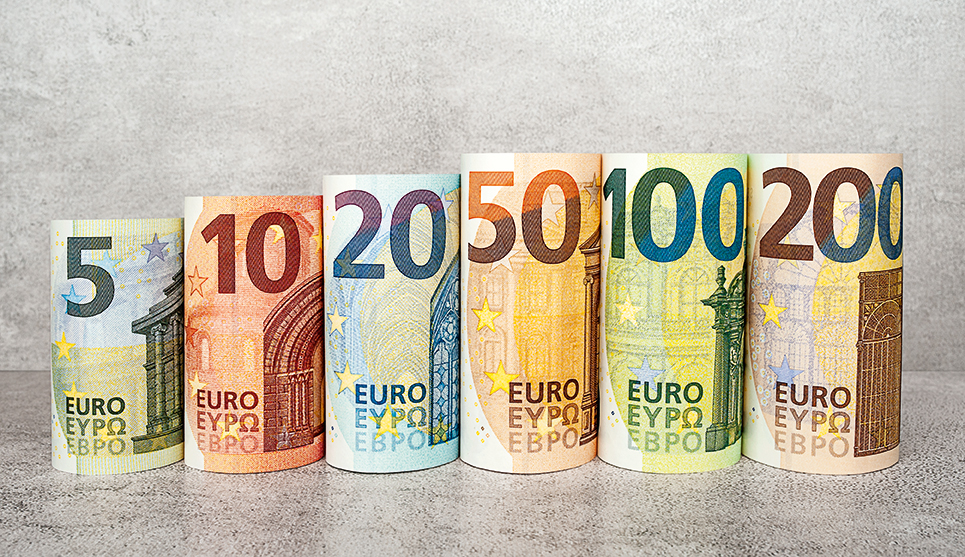 The ECB and the national central banks (NCBs) of the Eurosystem are responsible for the integrity of euro banknotes. That’s why they have developed a second series of euro banknotes with enhanced security features which keep the banknotes secure and maintain public confidence in the currency.

Keeping ahead of counterfeiters

The Eurosystem’s research and development strategy states that euro banknotes need to be “self-defending”, thereby making life difficult for counterfeiters. Banks, professional cash handlers and the public need to be able to recognise counterfeit banknotes; they thus help to support the Eurosystem’s anti-counterfeiting strategy.

The new euro banknotes are also more durable than the first series. This means that the banknotes will need to be replaced less frequently, thereby reducing costs and the impact on the environment. That’s important, especially for the €5 and €10 banknotes, as they change hands more often than the other notes.

Preparing for the introduction of new banknotes

The ECB makes new banknotes available to the relevant sectors well ahead of their introduction and cooperates closely with all stakeholders under the Eurosystem Partnership Programme in order to support a smooth transition.

However, the owners and manufacturers of banknote equipment are ultimately responsible for adapting their machines to the new notes.