The Minister for the National Economy and the Governor of the Bank of Greece chose the designs for their euro coins from a set of proposals presented by a national technical and artistic committee. The designer of the winning motifs was sculptor Georges Stamatopoulos, sponsored by the Bank of Greece. There is a separate design for each denomination. 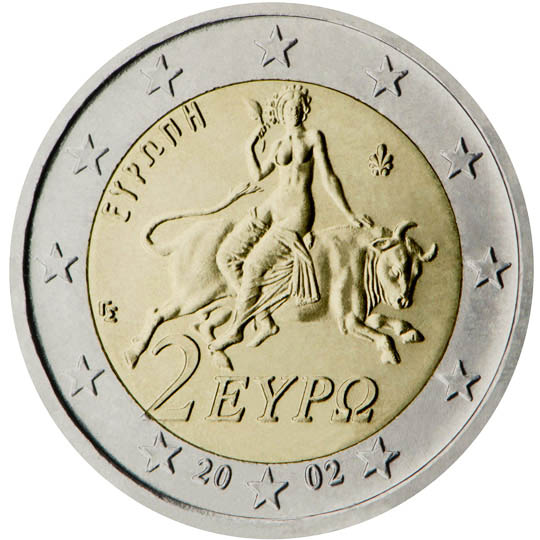 This coin depicts a scene from a mosaic in Sparta (third century AD), showing Europa being abducted by Zeus, who has taken the form of a bull. Europa is a figure from Greek mythology after whom Europe was named. Edge lettering of the €2 coin: EΛΛHNIKH ΔHMOKPATIA * (Hellenic Republic). 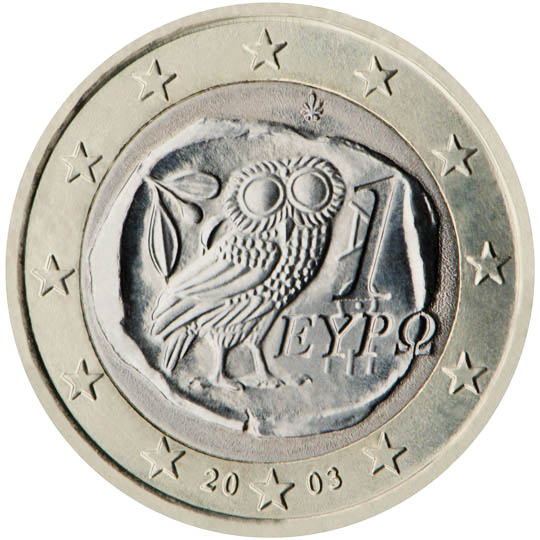 The image of the owl featured in this design was copied from an ancient Athenian 4-drachma coin (fifth century BC). 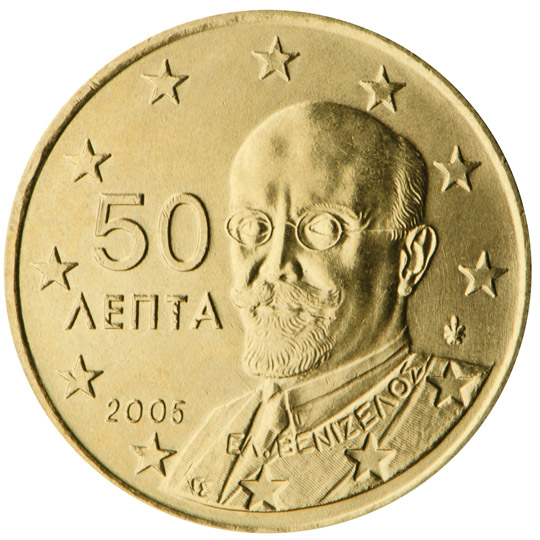 Eleftherios Venizelos (1864-1936), one of Greece's most prominent political figures, is shown on this coin. He was a pioneer in social reform, a renowned diplomat and played a key role in modernising the Greek state and liberating Northern Greece and the Aegean islands. 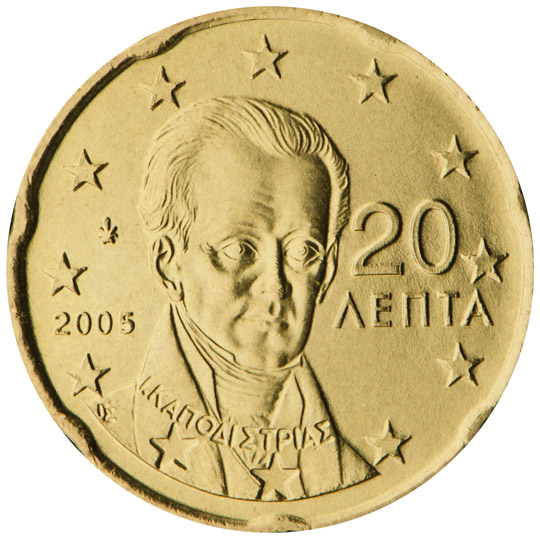 This coin commemorates Ioannis Capodistrias (1776-1831), a leading national and European politician and diplomat who became the first Governor of Greece (1830-31) following the Greek War of Independence (1821-27). 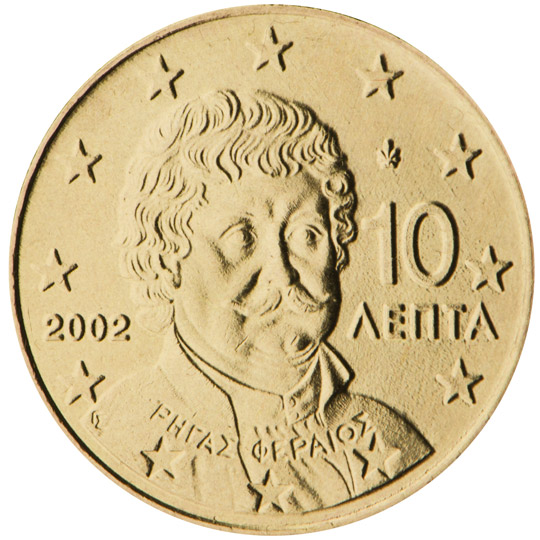 Rigas Fereos (Velestinlis) (1757-98) is featured on this coin. He was a forerunner and leading figure of the Greek enlightenment, as well as a visionary and herald of Balkan liberation from Ottoman rule. 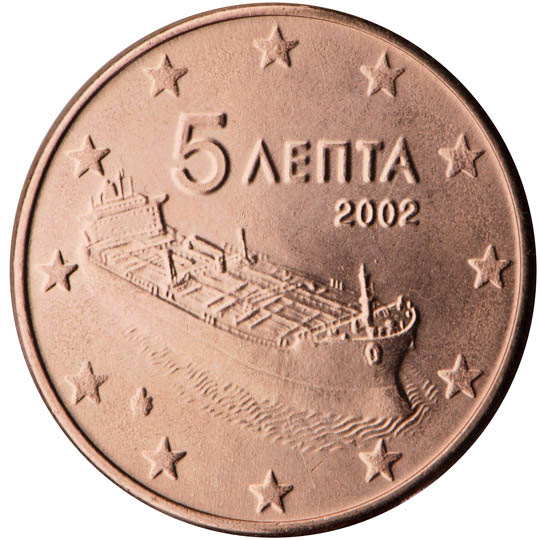 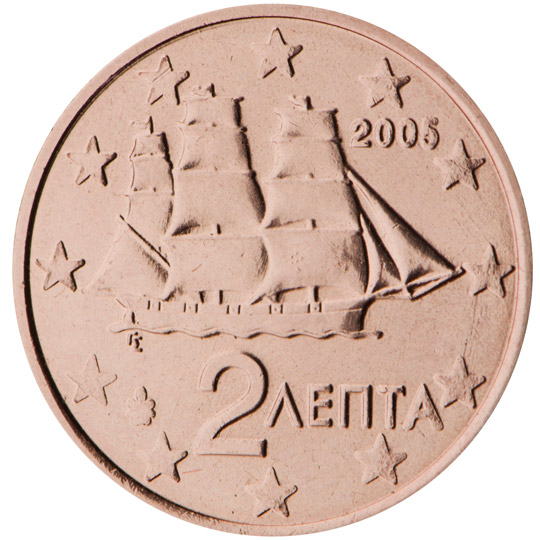 Depicted on this coin is a corvette, a type of ship used during the Greek War of Independence (1821-27). 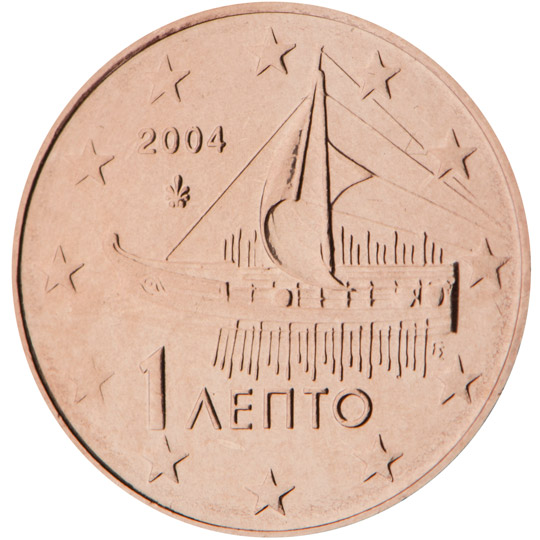 This design features an advanced model of an Athenian trireme, the largest warship afloat for more than 200 years, dating from the time of the Athenian democracy (fifth century BC).