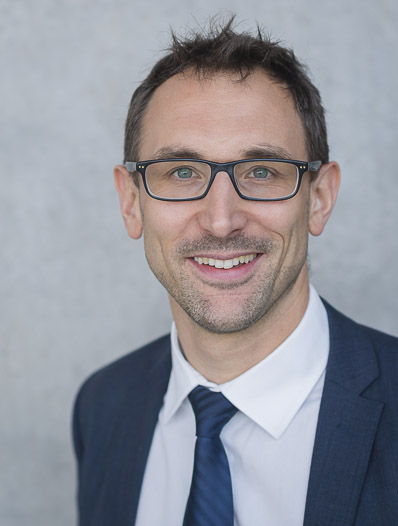 On 1 January 2023 Croatia adopted the euro and became the 20th member of the euro area. The assessments set out in the 2022 convergence reports of the European Commission and the European Central Bank paved the way for the first enlargement of the euro area since Lithuania joined in 2015.[1] On 12 July 2022 the Council of the European Union formally approved Croatia’s accession to the euro area and determined a Croatian kuna conversion rate of 7.53450 per euro.[2] This was the central rate of the kuna for the duration of the country’s participation in the exchange rate mechanism (ERM II).[3]

Croatia is a small economy that is well integrated with the euro area through trade and financial linkages. It has a population of around 4 million and its GDP accounts for about 0.5% of euro area GDP. The composition of Croatia’s gross value added is broadly similar to that of the euro area as a whole, with industry (including construction) and services contributing around 25% and 72% respectively (Chart A, panel a). Tourism dominates Croatia’s services sector, with revenues accounting for around 19% of GDP in 2019. This share dropped significantly in 2020 owing to the coronavirus (COVID-19) pandemic, but increased again in 2021 and 2022. It is by far the largest among the EU Member States (Chart A, panel b). Tourism also has sizeable spillovers to other sectors of the economy.

Structure of the Croatian economy

The euro area is Croatia’s main trading and financial partner (Chart B). In addition, banks owned by financial institutions domiciled in other euro area countries play a dominant role in the Croatian banking system. Prior to formally adopting the euro, Croatia’s economy was also characterised by a high degree of euroisation. A significant share of public and private debt was issued in euro, reflecting the currency composition of household savings and of liquid assets of non-financial corporates (Chart C).[4] Overall, the business cycle of the Croatian economy was highly synchronised with that of the euro area over the ten years up to euro adoption.

Croatia’s trade and financial linkages with the euro area

The Croatian economy is expected to benefit from the elimination of currency risk, as well as lower transaction and borrowing costs. In view of Croatia’s already deep integration with the euro area, and assuming that it pursues sound fiscal, structural and financial policies going forward, it is expected to gain from having adopted the euro. The benefits include (i) the elimination of currency risk vis-à-vis the euro, which has recently been one of the main sources of vulnerability in the Croatian economy; (ii) a positive impact on foreign trade (including tourism) and investment as a result of lower transaction costs and greater transparency and comparability of prices;[5] and (iii) lower borrowing costs for the economy owing to well-anchored inflation expectations alongside reduced regulatory costs and currency risk. Any costs and risks associated with euro adoption are expected to be relatively small and mainly one-off, such as changeover costs or the risk of unjustified price increases (against which the Croatian authorities have implemented several measures). Given Croatia’s already high level of economic and financial integration with the euro area and the previous stability of the HRK/EUR exchange rate, the cost of losing the ability to adjust the exchange rate as a macroeconomic policy tool in the event of asymmetric shocks is likely to be low. However, in order to limit the materialisation of such costs, the Croatian authorities need to conduct sound economic and fiscal policies, while respecting the inevitable constraints associated with a common currency and a single monetary policy.

After joining the EU in 2013, Croatia made significant progress in addressing macroeconomic imbalances and achieving convergence towards the euro area. The macroeconomic imbalances that came to the fore in the period of the prolonged recession from 2009 to 2014 were gradually corrected. They related to high levels of external, private and government debt in the context of low potential growth. The subsequent economic recovery and credible policy actions, such as a prudent fiscal stance and reforms in the labour market and business environment drove the steady reduction of those vulnerabilities. At the same time, Croatia achieved a significant degree of real convergence towards the euro area. Its GDP per capita, which was around 55% of the euro area average in 2012 (just before EU accession), reached slightly over 70% in 2022 (Chart D, panel a). Croatia’s real growth performance followed the typical catching-up process observed in countries that adopted the euro after 2002 and in other non-euro area countries (Chart D, panel b). Furthermore, it achieved convergence in banking supervision in 2020 with the entry into force of the close cooperation framework, an entryway to the banking union for non-euro area countries.[6] This framework ensured the application of uniform supervisory standards, thus contributing to safeguarding financial stability and fostering the process of financial integration.

The Croatian economy rebounded strongly from the significant drop in output in 2020 and remained resilient to the economic fallout from the Russian invasion of Ukraine. Reflecting Croatia’s high dependence on tourism, the pandemic took a severe toll on the economy, with real GDP contracting by 8.6% in 2020. While policy support helped to mitigate the economic impact of the crisis, the downturn temporarily reversed the progress that had been made with correcting macroeconomic imbalances prior to the pandemic. In 2021 progress picked up again when the economy recorded double-digit growth (13.1%) on the back of a successful tourist season alongside strong private consumption and investment dynamics. Croatia’s economy also remained one of the fastest-growing EU Member States in 2022, owing to the continued sound performance of the tourism sector and the country’s relatively limited direct trade and financial exposure to Russia.[7] As a result of sharp increases in energy and food prices, consumer price inflation rose further in 2022, significantly outpacing that in the euro area. Fiscal measures, such as reductions in the value added tax rate and price caps for gas, electricity and basic groceries, cuts in fuel excise duties and the freezing of margins on petroleum products, helped to temporarily mitigate the inflationary pressures. Overall, the multiple shocks emanating from the COVID-19 crisis and the war in Ukraine had a limited impact on Croatia’s capacity to fulfil the convergence criteria for euro adoption. Nevertheless, there are concerns about the sustainability of inflation convergence, for example if fiscal measures to support aggregate demand add to inflation.

In order to fully reap the benefits of the euro and to allow adjustment mechanisms to operate efficiently within the enlarged currency area, it is important for Croatia to ensure the sustainability of economic convergence. Economic policies should be geared towards supporting potential growth and resilience to prevent the emergence of macroeconomic imbalances. Croatia’s economic growth potential still seems subdued for a catching-up economy. In this context, it needs to implement structural policies aimed at raising potential growth and enhancing the competitiveness and resilience of its economy. Priority could be given to improving the quality and efficiency of the institutional and business environment, the public administration and the judicial system, and to modernising the country’s infrastructure. Overall, policies should focus on supporting innovation and investment in new technologies, also with a view to broadening sources of economic growth beyond tourism. In order to boost labour productivity, it would be essential to implement policy measures aimed at (i) reducing mismatches in the labour market, (ii) enhancing the quantity and quality of the labour supply, (iii) pushing up the low participation rate, and (iv) aligning the education system with the needs of the economy. An efficient absorption of EU funds allocated to the country will also be of utmost importance to ensure the successful completion of the reform agenda.[8]