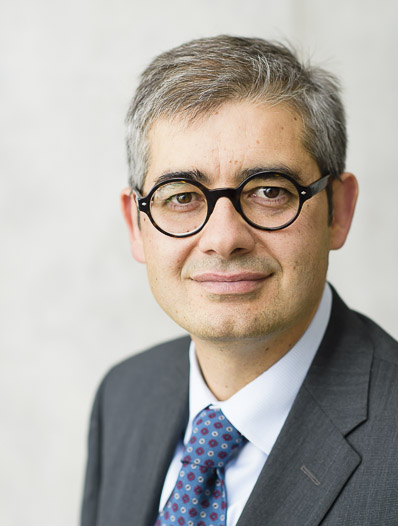 Motor vehicle sector: explaining the drop in output and the rise in prices

This box discusses the structural and cyclical factors behind the notable drop in euro area motor vehicle output since mid-2018 and the recent marked increase in car prices. Euro area motor vehicle output fell by 30.4% between June 2018 and August 2022, of which around 10% occurred before the start of the pandemic and 20% after. This pattern, which is common across the largest euro area countries, was not observed for other major international car producers such as South Korea, the United States and Japan, which recorded rather stable production levels before 2020 and a quicker recovery from the pandemic (Chart A). This box explains that this drop in motor vehicle output and the rise in car prices can be attributed to a combination of factors associated with the more stringent emissions tests implemented in the EU in 2018, the new EU regulation on carbon dioxide (CO2) emissions, the transition towards greener cars, supply chain disruptions, the rise in energy costs and, more recently, the uncertainty caused by the war in Ukraine.[1] The last three factors affected euro area automotive production more severely than foreign production, owing to the relatively higher participation of the euro area car sector in global supply chains, the greater dependence of the euro area on Russian energy supplies and the higher uncertainty generated by the euro area’s proximity to the war.

The decline in motor vehicle activity began in mid-2018, driven by a drop in demand for cars with a combustion engine. The more stringent emissions tests implemented in the EU in 2018 and the EU agreement on CO2 emissions targets reached in December 2018 generated an incentive in favour of hybrid and electric cars at the expense of cars with combustion engines. Before the pandemic euro area car producers had intensified their efforts to increase local production and sales of hybrid and electric cars. However, the relatively higher prices of these models contained demand and the required changes in factories entailed production shortfalls. At the same time, expectations of tighter regulations on car emissions probably led to car purchases being postponed as consumers shifted their preferences towards hybrid and electric cars, weakening demand for motor vehicles.[2] A structural vector autoregression model confirms that the drop in motor vehicle output between 2018 and 2019 was driven mainly by a fall in demand for cars and non-energy related supply shocks, such as transport costs and the effects of directives and regulations on supply (Chart B, panel a).

Car production collapsed at the start of the pandemic. The lockdowns caused motor vehicle output to fall in the second quarter of 2020. Production recovered in the second half of 2020, but at the end of that year it was still 3.5% below pre-pandemic levels and 10-15% below the output recorded before the introduction of the EU emissions regulations in 2018.

Car output and changes in car prices – contribution of shocks

Since the beginning of 2021 motor vehicle output has been hit by supply chain disruptions and energy shocks, which have offset the positive demand effects from the reopening of the economy. In 2021 and 2022 motor vehicle output in the euro area was strongly affected by disruptions in global supply chains (Chart B, panel a), particularly the shortages of specific semiconductors and the logistical difficulties in the transport sector.[3] Historically high values for material and equipment shortages were recorded in 2021 and 2022.[4] A shortage of chips and other components needed to assemble new vehicles implied a reduction in supply, explaining most of the drop in car production from mid-2021. Euro area car producers were more severely affected by supply chain disruptions than their foreign competitors, owing to the relatively higher participation of the euro area car sector in global supply chains. Moreover, supply disruptions and lockdown measures were more severe in the euro area than in other regions.[5] Since the summer of 2021 the extraordinary increase in energy costs has also contributed to the decline in motor vehicle output (Chart B, panel a).[6] More recently, the uncertainty associated with the war in Ukraine has also been depressing demand for durable goods such as motor vehicles, as shown by the European Commission’s business and consumer survey.[7]

Car prices increased markedly as a result of supply chain disruptions, high energy costs and, to a smaller extent, a rise in demand. Since the second half of 2021 fewer new cars have reached the market on time, mainly owing to the lack of chips. This has caused consumers to turn to the second-hand car market.[8] Supply constraints and increasing consumer demand linked to the reopening of the economy have resulted in unusually large price increases in both the new and the second-hand car segments since mid-2021.[9] Subsequently, the higher costs resulting from the increase in energy prices were also passed on to consumers, with increases in car prices accelerating to 8.7% in August 2022. Without these supply chain disruptions and energy shocks, the changes in car prices would have amounted to less than half of those recorded (Chart B, panel b). Aggregate demand also contributed to the rise in car prices, albeit to a lesser extent.

Supply disruptions and energy price shocks have played a key role in explaining the significant losses in euro area export volumes and export market shares over the past few years. The drop in euro area motor vehicle production is also reflected in euro area exports to the rest of the world (Chart C), which in July 2022 stood at 73% of their January 2018 levels.[10] The fall in exports has been particularly pronounced since mid-2021. Euro area export market share in volume terms has fallen substantially in 2021 and 2022 owing to euro area exporters being particularly hard hit by supply bottlenecks. However, euro area car makers maintained their market share in value terms (Chart D, panel a), suggesting a relatively strong increase in the prices charged by euro area exporters, which is reportedly associated with a reorientation of production towards more expensive models (Chart D, panel b).[11] This is notably on account of a compositional shift towards hybrid and electric cars, whose unit export value is higher than that of combustion engine cars.[12]

Registrations of combustion engine cars have been dropping as green vehicles gain prominence. Similarly to output, on the demand side passenger car registrations have also exhibited a negative trend since mid-2018 (Chart E). This drop has been particularly sharp for combustion engine vehicles, with registration levels in the second quarter of 2022 58.4% lower than at the beginning of 2018. At the same time, demand for electric vehicles has been rising at a rapid pace. In the second quarter of 2022, 42.2% of all passenger car registrations were for either hybrid or fully electric vehicles, compared with 5.0% in mid-2018. This increase is broad-based across euro area countries and is particularly large in Finland, the Netherlands, Germany and Italy. While market shares of hybrid and electric cars skyrocketed after the outbreak of the pandemic, a notable rise in the share of these vehicles had already been observed in the third quarter of 2018, following the introduction of the EU legislation on emissions, and in the fourth quarter of 2019, before the start of the pandemic.

A robust increase in motor vehicle output from the current low levels might be expected as the green transition progresses and supply bottlenecks and energy shocks ease. The new equilibrium will depend on consumer preferences, the importance of other means of transport and the ongoing shift of vehicle production to locations outside the euro area, which is likely to reflect pressures to compete internationally. However, the transition to a new equilibrium will only be gradual, as green mobility still requires significant infrastructure investment in the EU. As electric vehicles require fewer parts, fewer workers for assembly and more software-engineers, labour demand will gradually become geared towards fewer workers and a different skill set. Since the third quarter of 2021 there has been a significant fall in employment in the automotive manufacturing industry. This will need to be monitored closely to determine whether it is related to the factors mentioned, namely the successive reduction in automotive production over past few years and the less labour-intensive production process, or to idiosyncratic factors that will reverse over time.