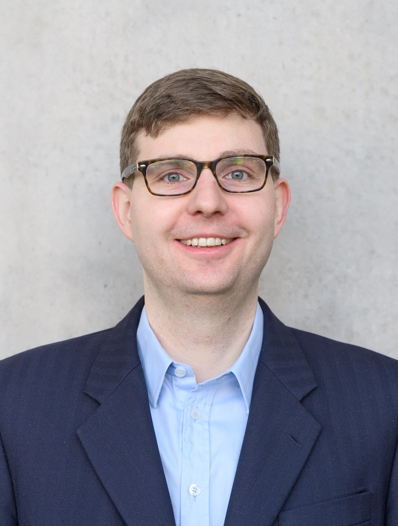 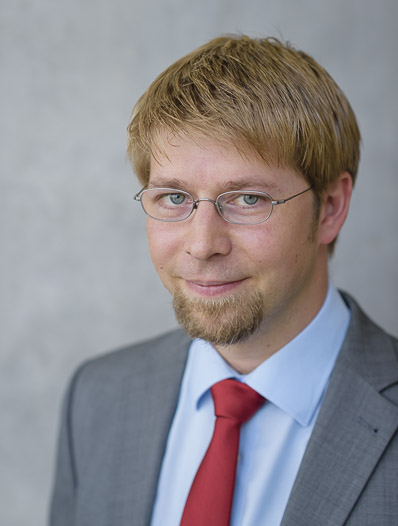 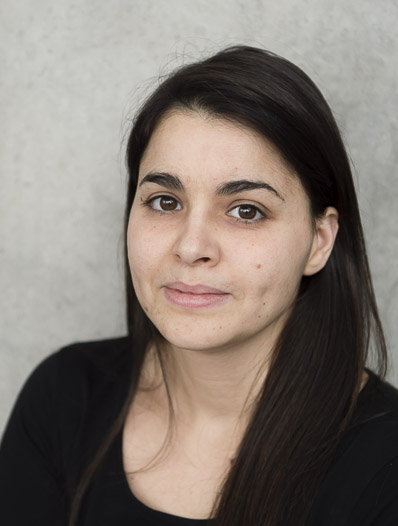 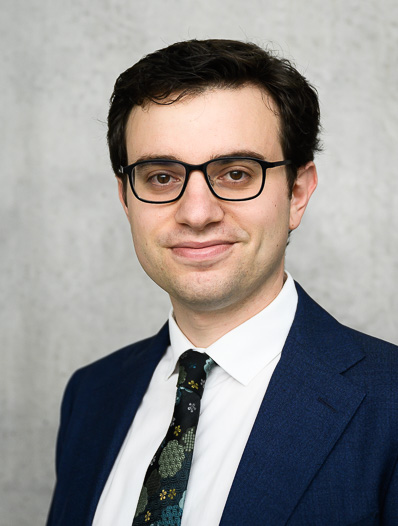 Central banks around the world are exploring the case for central bank digital currency (CBDC) – essentially a digital version of cash. In this article, we provide an overview of the economics of CBDC (Ahnert et al., 2022a). First, we outline the economic forces that shape the rise of digital money and motivate the current debate. We then look at the implications for monetary policy and financial stability before discussing policy issues and challenges. Finally, we highlight several areas where our understanding of digital money could be improved by further research.

How to pay in a digital world?

You can’t use cash to pay online. This is one of the reasons why physical currency is losing its appeal as an efficient means of payment in the digital age. The proliferation of online shopping and digital payments has been accompanied by a steady decline in cash use over the past one and a half decades (see Figure 1). Speaking broadly, digitalisation of economic activity profoundly affects how people pay for things.

Growth in e-commerce and the declining use of cash

Most people don’t see a difference between cash and digital payments, beyond the obvious fact that paying with cash involves exchanging physical money, whereas digital transactions do not. But there is also a subtler difference. Cash is public money – it is a liability of the central bank and thus perfectly safe. By contrast, digital money originates in the private sector, most commonly in the form of bank deposits. Despite being the liability of a private entity, money issued by banks can always be converted to cash at face value thanks to financial regulation and deposit insurance. This is why people consider it to be safe and useful as a means of payment.

The rise of digital platforms as a dominant business model of the information age is challenging the central role of banks in the payment system. Large technology firms and financial start-ups are bundling payments with digital services, such as online marketplaces, messaging apps and financial services (for example lending and insurance). While banks continue to provide the underlying payment rails for these solutions, they are losing access to the customer interface. Further disruption is potentially looming on the horizon, caused by rapidly developing and complex payment innovations. This includes distributed ledger technology, which provides the basis for “stablecoins” (crypto-assets designed to maintain a stable value) that could be used as means of payment.

The declining use of cash and the potential for a growing role of new forms of money outside the regulated banking sector have led to calls for the introduction of a digital version of cash, often referred to as central bank digital currency (CBDC). There are at least three key arguments that support these calls.

First, public money plays a special role as the anchor of the monetary system. People are willing to accept payments in private money (credit cards and bank transfers) because they know that it can be exchanged easily for perfectly safe public money (cash). However, if cash is no longer used widely, the promise of perfect convertibility loses bite. In this scenario, a digital version of cash would ensure the continuation of the current monetary system.

Second, the issuance of CBDC helps to preserve the central bank’s control over the currency (Brunnermeier et al., 2019). Thanks to their global reach, digital platforms may become large issuers of private digital money.[2] If, in an extreme scenario, private money crowds out public money as the monetary unit in contracts and transactions (the “unit of account”), the central bank can no longer conduct effective monetary policy or safeguard financial stability by acting as lender of last resort. A CBDC could prevent such a scenario by offering a public version of digital money to meet demand.

Third, a CBDC could help to preserve privacy. Private enterprises typically seek to profit from the personal data they can collect when people make digital payments, which can discourage their use in the first place – an inefficient outcome. A CBDC could be designed to provide users with more control over their data, for example over whether they choose to share personal data with third parties to receive more personalised services. This can foster efficiency and welfare in the digital economy (Ahnert et al., 2022b).

The introduction of a central bank digital currency (CBDC) without any safeguards could lead to a significant shift in a monetary system. It is a potential concern that savers may withdraw funds from banks en masse and deposit them in CBDC with the central bank. This could make it more difficult for banks to provide loans, one of their key economic functions (Keister and Sanches, 2022). But other research has shown that these concerns may only materialise if the banking sector is perfectly competitive. When banks enjoy market power, the introduction of CBDC presents an alternative to deposits. Accordingly, banks are forced to compete more by increasing the interest rates paid on deposit accounts. In turn, this would attract more deposits and enable banks to extend more credit to firms and households (Andolfatto, 2019; Chiu et al, 2022).

CBDC was not proposed with the intention of developing a new monetary policy tool. Nonetheless, it might provide an additional lever for central banks. For example, it could improve the extent to which central bank policy rates are passed on to savers by increasing competition in deposit markets.[3] Similarly, it may enable the central bank to separately target specific frictions in the financial system, and thus stabilise inflation and the overall economy more efficiently (Assenmacher et al., 2022).

Introducing a CBDC could imply changes for central banks’ operations and their balance sheets. In particular, following a substitution of bank deposits for CBDC, central banks may need to channel funds back to the banking sector through lending operations (Brunnermeier and Niepelt, 2019). More broadly, the introduction of CBDC would also affect the way that monetary policy is implemented in practice. For example, volatility in CBDC demand could render interest rate control in a traditional corridor system more challenging, and thus favour a floor system with an ample level of reserves (see Malloy et al., 2022). If non‐banks were to distribute CBDC to the public, they might require direct access to the central bank balance sheet and this could necessitate changes to the counterparty framework.

As with monetary policy, the effects of central bank digital currency (CBDC) on financial stability would be channelled through the banking system. If banks experience an increase in funding costs, as discussed above, this may lead to a reduction in profit margins. Consequently, this may encourage banks to take on more risk on the asset side of their balance sheets, for example by extending more risky loans or investing in more speculative securities (Keeley, 1990).

On the liability side, the availability of CBDC alters banks’ exposure to the risk of runs, where large numbers of depositors rush all at once to withdraw their funds in cash. In Ahnert et al. (2022c), two countervailing effects are at work. On the one hand, given its nature as safe and interest-bearing investment, the availability of CBDC increases depositors’ incentives to run, relative to an economy where cash is the only alternative to bank deposits (“Direct effect”, Figure 2). On the other hand, to retain deposits, banks respond to the introduction of CBDC by raising interest rates; this makes deposits more attractive and thus reduces fragility (“Indirect effect”, Figure 2). As a consequence, the overall effect of CBDC on bank fragility varies with the relative strength of these two forces. For low (high) levels of CBDC remuneration, the indirect (direct) effect dominates, so that an increase in remuneration reduces (increases) financial fragility.

The direct and indirect effect of CBDC remuneration on bank fragility

CBDC design features may also play an important role for financial stability – for example, by improving the effectiveness of policies aimed at stabilising the financial system. It is well-known that the timing and the design of policy interventions such as bailouts and liquidity support are crucial. Policymakers can make better decisions if they have better information. Movements in CBDC accounts held by the central bank could provide real-time information about the health of the financial system, which could improve the effectiveness of central bank interventions, and thus overall financial stability (Keister and Monnet, 2022).

Central bank digital currency (CBDC) may be able to maintain the role of public money as a monetary anchor in the digital age and it could help to set privacy standards in payments. However, broader challenges, particularly in relation to privacy in the digital economy, go well beyond the remit of central banks. Tighter regulation can, and must, address the most pressing concerns related to the financial stability issues surrounding new technologies, such as stablecoins. The recent failure of Terra provides a good illustration of the underlying risks.[4] While the European Union’s Markets in Crypto‐Assets Regulation represents a step in this direction, Gorton and Zhang (2022) go further by proposing a public monopoly on “circulating money”.

Up to now, discussion of the potential risks of introducing a CBDC has largely focused on the scenario of excessive take-up and the potential implications for credit supply and financial stability. In this context, policy makers have proposed safeguards, such as making large CBDC holdings unattractive by way of very low (and possibly negative) interest rates (Bindseil, 2020), or imposing direct limits on the amount that individuals may hold (European Central Bank, 2020).

However, there is also a risk of too little adoption if CBDC turns out not to be a sufficiently attractive product. Ultimately, success requires sufficient use by both merchants and consumers, owing to the two-sided nature of payment markets (see Rochet and Tirole, 2003). While cost considerations are likely to dominate for merchants, the possibility of integrating payments with other digital services, such as data analytics, may become more important over time. Consumers tend to value convenience and universal acceptance most. However, the role of privacy and the implications of safeguards to limit user demand are not yet well understood. Central banks need to design CBDC carefully to strike the right balance between excessively high and low demand.

Conclusions: the state of play on central bank digital currency

The debate on central bank digital currency (CBDC) has gained traction. According to a recent survey by the Bank for International Settlements, almost all respondent central banks are actively investigating the potential for a CBDC (Kosse and Mattei, 2022). In some sense, the introduction of digital cash is a natural evolution, in line with many other aspects of life moving into the digital sphere (Panetta, 2021). However, as discussed above, the underlying economics and the potential implications for the financial system are complex and warrant further study.

Kosse, A. and Mattei, I. (2022), “Gaining momentum–Results of the 2021 BIS survey on central bank digital currencies”, BIS Papers, No 125, Bank for International Settlements, Basel

Panetta, F. (2021), “Evolution or revolution? The impact of a digital euro on the financial system”, Bruegel online seminar, 10 February.