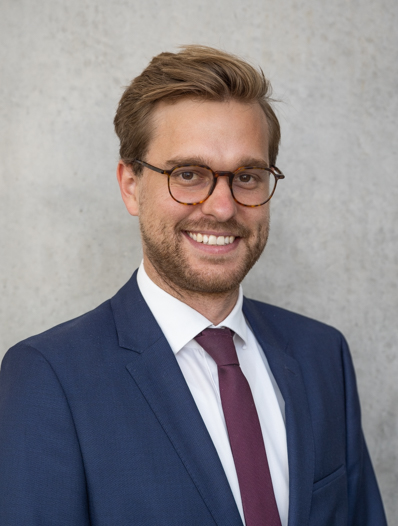 This box provides a quantitative assessment of the fiscal policy measures adopted by euro area governments in response to the war in Ukraine and their macroeconomic impact. The discretionary fiscal measures adopted by euro area governments since Russia’s invasion of Ukraine on 24 February 2022 have three main objectives: curbing the rise in energy costs, increasing defence capabilities in euro area countries and Ukraine, and addressing the refugee crisis. Some governments have also extended liquidity support in the form of guarantees, although this would, in principle, affect their budget balances only if the guarantees (contingent liabilities) are called on.[1] Moreover, several support initiatives have been adopted at the EU level, including direct help for the Ukrainian government. Against this background, this box focuses on fiscal stimulus measures that have a direct impact on the budget balance of euro area countries. It also provides estimates for the impact of such measures on euro area growth and inflation over the period 2022-24.

Euro area discretionary fiscal support in response to the war in Ukraine, embedded in the June 2022 Eurosystem staff baseline projections, is estimated at close to 1% of GDP in 2022.[2] Three-quarters of this support represent further compensatory measures introduced in response to the increase in energy prices after Russia’s invasion of Ukraine (Chart A, panel a). It should be noted that several euro area countries had already adopted measures to address rising energy costs before the invasion.[3] The rest of the war-related support is associated with defence spending and refugee support. A large part of the fiscal support, particularly the energy-related component, is estimated to unwind over the period 2023-24. At the same time, defence spending is projected to rise more sharply by the end of the projection horizon. Overall, based on government plans at the time of the June 2022 projections, about one-third of the stimulus is expected to continue over the projection horizon. Eurosystem staff identify the risks to these baseline assumptions to be tilted towards additional fiscal stimulus, stemming in particular from the extension of energy-related compensatory measures.[4]

In terms of composition by fiscal instrument, most of the war-related measures are on the expenditure side. More specifically, the majority of euro area fiscal support introduced in response to the war, with effect in 2022, consists of fiscal transfers and subsidies, as well as cuts in (energy-related) indirect taxes (Chart A, panel b). The bulk of the support over the period 2023-24 is currently expected to consist of government investment, primarily on defence spending. Most of the measures are estimated to be debt-financed, with some amounts intended to be covered through revenues from the EU Emissions Trading System and relatively limited offsetting discretionary measures.[5]

Euro area fiscal measures related to the war in Ukraine

The overall energy-related compensatory measures in place in 2022 have been classified into four categories by Eurosystem staff[6] (Chart B):

Besides the measures to curb high energy prices, the euro area fiscal response to the war mainly involves defence and refugee spending. The increase in euro area defence spending, embedded in the June 2022 Eurosystem staff macroeconomic projections, reflects first and foremost announced additional defence spending in Germany. Several other euro area countries have announced that they plan to increase their military capacity, with many referencing the NATO commitment to invest 2% of GDP in defence spending. However, few countries have outlined their plans in detail. Finally, additional spending has been approved in several countries to address the Ukraine refugee crisis, with this spending making up a larger share of total support primarily in central and eastern European countries.

In terms of their macroeconomic impact, the war-related fiscal measures are estimated to have a positive effect on GDP growth and to temporarily reduce inflationary pressures in 2022. Harmonised country-level simulations based on the ECB and ESCB models indicate that the war-related measures described above could increase euro area GDP growth by about 0.4 percentage points and reduce HICP inflation (mainly by lowering energy price inflation) by just under 0.4 percentage points in 2022 (Chart C).[10] In 2023, the impact on growth is estimated to fade, while the impact on inflation is expected to be broadly reversed. In cumulative terms over the projection horizon, the total stimulus measures in response to the war are estimated to have an impact of almost 0.4 percentage points on overall growth and a limited impact of just over 0.1 percentage point on inflation. The harmonised simulations are subject to uncertainty. The HICP inflation impact, which feeds mainly through the energy component, will depend on how much subsidies affect consumer prices, as well as on other behavioural responses stemming from country-specific features of the measures. The growth impact will depend on the effectiveness of the measures in stimulating short-run consumption and, particularly for the period 2023-24, on the actual effect of the defence spending, which is currently expected to come mostly in the form of government investment.[11]

Looking ahead, if additional public support is required, financial resources should be used efficiently. Efforts should be made to increasingly target energy-related compensatory measures to the most vulnerable households.[12] Moreover, incentives should be geared towards reducing the use of fossil fuels and dependence on Russian energy, while maintaining sound public finances.

Macroeconomic effects of budget support related to the war in Ukraine