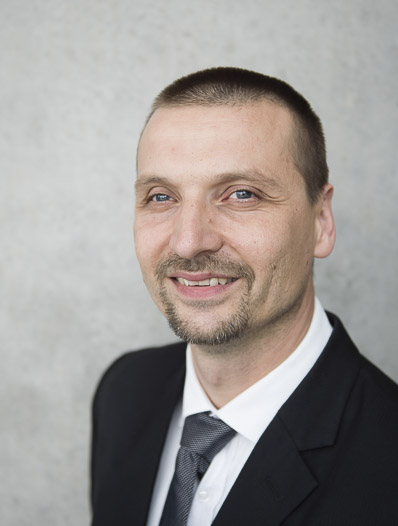 This box reviews wage share dynamics and potential second-round effects on inflation at times of energy price increases. In a net energy-importing region, such as the euro area, increasing energy inflation induces a deterioration in the terms of trade (the ratio of export prices to import prices), thereby eroding the income used to remunerate domestic factors of production. The wage share (the share of domestic income allocated to labour) can provide an indication of the ability of workers to resist such real income losses and the potential for second-round effects on prices.[1] This box explores wage share and inflation dynamics in the euro area after the energy price increase observed since the second quarter of 2021. First, the current episode is compared to another well-known episode featuring a large energy price shock, namely the oil embargo imposed by the Organization of the Petroleum Exporting Countries (OPEC) in October 1973. Second, the developments in the euro area are compared with those in the United States. Finally, a model-based analysis evaluates how the transmission of energy price increases to inflation, and in particular the emergence of second-round effects, has changed compared to the 1970s.

The wage share reflects the interplay between real wages, productivity and the terms of trade. From an accounting perspective, the wage share rises when there is an increase in real consumer wages (measured by nominal wages per employed person divided by the private consumption deflator), a decline in labour productivity or a deterioration in the terms of trade (proxied by the GDP deflator-to-private consumption deflator ratio).[2] To the extent that higher import prices are passed through to consumer prices, an energy-induced decline in the terms of trade dents real consumer wages, potentially triggering pressures for wage rises to protect workers’ purchasing power. Hence, the impact of energy price hikes on the wage share crucially depends on the response of labour income. In turn, all other things being equal, the response of labour income to energy price hikes will affect unit labour costs and the GDP deflator.

The recent deterioration in the terms of trade has had limited implications for labour income and the GDP deflator relative to the experience in the 1970s. The increase in energy prices caused a strong decline in the euro area terms of trade between the second quarter of 2021 and the first quarter of 2022, inducing the largest four-quarter loss in 40 years.[3] However, this income loss was only about a third of the drop triggered by the OPEC oil embargo between the fourth quarter of 1973 and the third quarter of 1974.[4] Another difference is that real consumer wages declined after the recent rise in energy inflation, while they strongly increased in the 1970s.[5] Overall, smaller terms-of-trade losses and lower real wages resulted in a slight decline in the wage share, in contrast to a sizeable increase after the OPEC oil embargo (Chart A, panel a). These dynamics reverberated in the profile of the GDP deflator, which grew moderately and through different channels in the recent period (mainly through unit profits and taxes, rather than unit labour costs) compared with the 1970s (Chart A, panel b).

Wage share and GDP deflator in the euro area: 1970s versus today

Wage share dynamics in the United States are similar to those in the euro area today, but these differed markedly in the 1970s. In the United States, rising energy prices have induced a smaller income loss through the terms of trade today (1.5 percentage points of GDP) than in the 1970s (3.0 percentage points of GDP).[6] However, contrary to the euro area, the US wage share declined slightly in the aftermath of the OPEC oil embargo, mainly reflecting losses in real consumer wages, while the experience in the two jurisdictions today is similar (Chart B, panel a). The drivers of the GDP deflator in the United States today are similar to the experience of the 1970s, although smaller in magnitude, with rising unit profits playing a significant role in both episodes (Chart B, panel b). Overall, the US experience shows that the GDP deflator may increase considerably as a result of energy price shocks, despite limited wage indexation mechanisms and, especially today, low net energy dependency and strong monetary policy credibility.

Wage share and GDP deflator in the United States: 1970s versus today

Impact of an oil supply shock: 1970s and 1980s versus Economic and Monetary Union

Compared to the 1970s, recent wage share and GDP deflator developments have been muted, while second-round effects from higher energy prices on inflation have been largely absent on average since 1999. After the recent energy price surge, the euro area GDP deflator rose considerably less than the HICP. Relative to the 1970s, the muted developments in the wage share and the GDP deflator may stem from several long-term economic changes affecting, for instance, the production structure (e.g. lower energy dependence, deeper integration in global value chains), labour market institutions (e.g. less widespread wage indexation, a lower degree of unionisation) and monetary policy (e.g. a clearer strategy aimed at controlling inflation).[10] Nevertheless, high and persistent inflation increases the risk of second-round effects materialising via higher wages and profit margins.