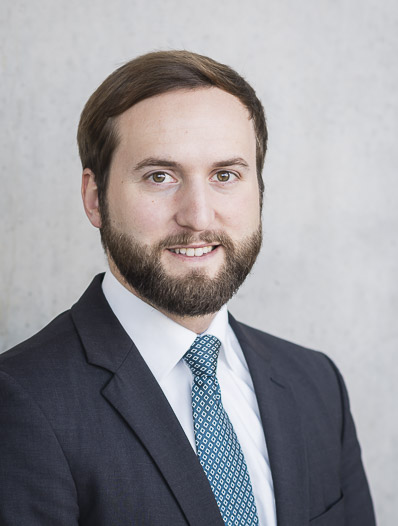 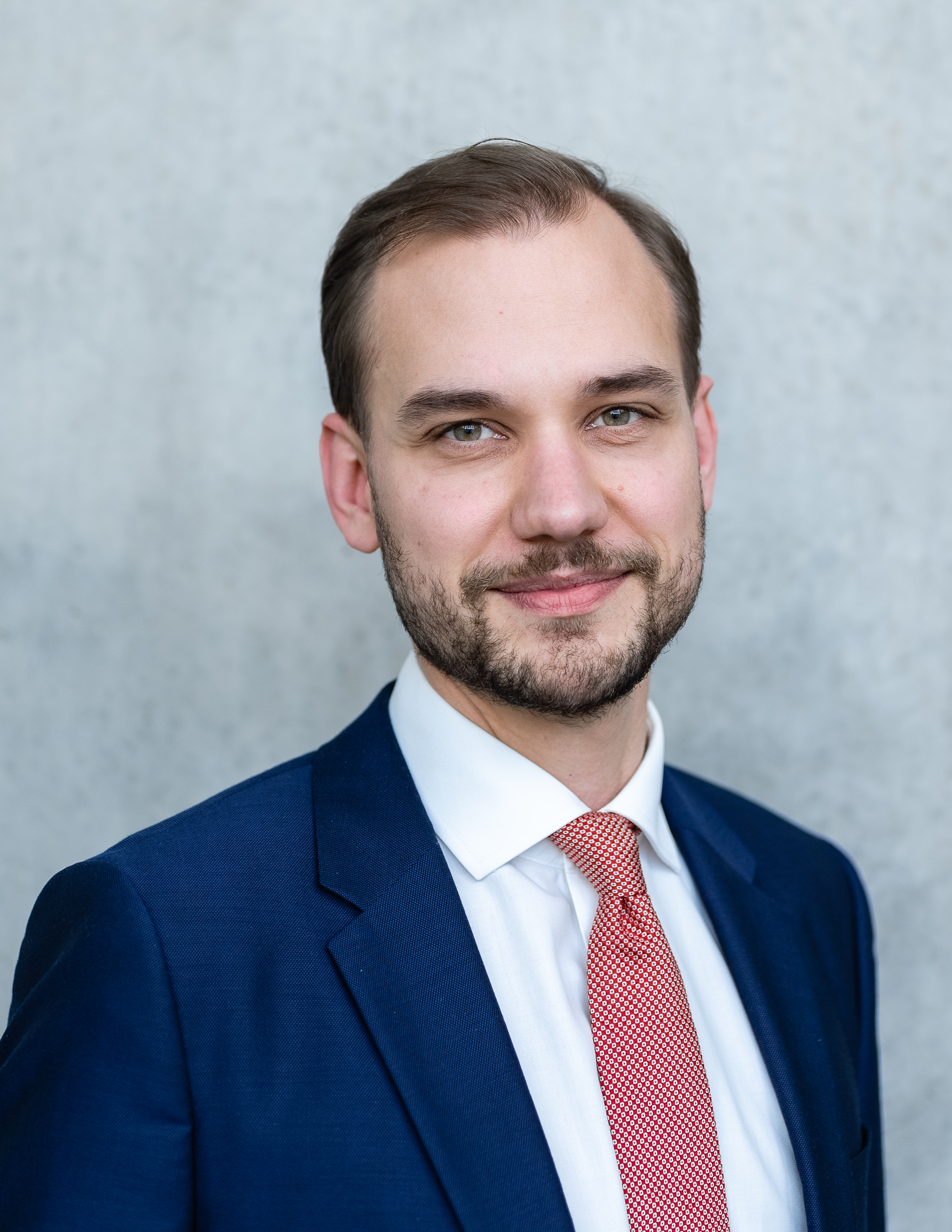 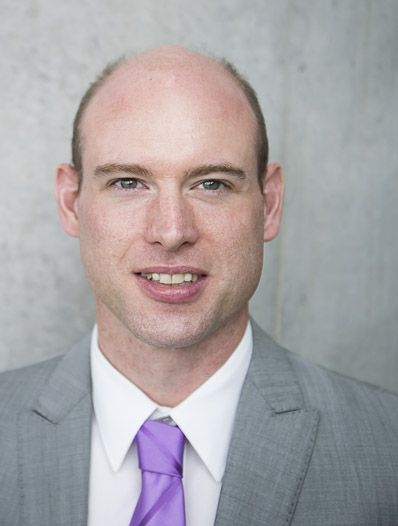 Modern financial systems rely on safe assets. A “safe asset” is defined by three characteristics (Brunnermeier et al., 2016, 2017, Brunnermeier and Huang, 2018, Gorton and Ordonez, 2022). First, it has a low default risk, or high asset “quality”. Second, like a good friend, a safe asset retains its value during bad times (“robustness”). Third, it can be sold at or near current (robust) market prices in most market conditions (“liquidity”).

Safe assets facilitate financial transactions, which often entail a contractual requirement to pledge such assets as collateral (e.g., Brunnermeier et al., 2017). In addition, they allow market participants to transfer risks, including liquidity and market risks, without in turn creating new ones, such as counterparty and credit risks. To comply with liquidity regulations, banks need to hold safe assets to meet their funding needs in a stress scenario. Finally, central banks rely on safe assets in order to implement monetary policy – they exchange central bank liquidity against non-cash safe assets (e.g., Brunnermeier and Sannikov, 2016).

In Bletzinger, Greif and Schwaab (2022), we study the quickly growing market for bonds issued by the European Union (EU) and assess their prospects for ultimately becoming a genuine supranational euro-denominated safe asset.

The need for euro-denominated safe assets

Policymakers generally agree that the euro area suffers from a relative lack of euro-denominated safe assets, particularly when compared with the United States (see, for instance, Juncker et al., 2015, Brunnermeier et al. 2016, 2017, Gossé and Mourjane, 2021). For example, Gossé and Mourjane (2021) estimate that in 2019 the supply of sovereign bonds with a credit rating of AA or higher amounted to just 37% of GDP in EU Member States, compared with 89% of GDP in the United States. In addition, the EU sovereign bond market is fragmented, with different sub-markets, and market participants’ perceptions about the relative risks of these sub-markets can change over time.

The lack of euro-denominated safe assets and the fragmentation of the market are problematic. Both factors can raise the risk of bank-sovereign “doom loops” (where problems in the banking sector spill over to the public sector, and vice versa), high public sector borrowing costs in bad times, and flights to safety (where investors sell off riskier assets and buy safer assets) that increase financial fragmentation (Brunnermeier et al., 2017). In the absence of a supranational euro-denominated safe asset, a flight to safety would entail capital flowing out of vulnerable countries and into safe havens. In addition, doom loops can be a consequence of weak banks holding a disproportionate share of flighty assets (see, for example, Leonello, 2018).

Almost all of the EU’s net bond issuance in 2020 and 2021 was closely connected to two policy initiatives – the “temporary Support to mitigate Unemployment Risks in an Emergency” (SURE) and the “Next Generation EU” (NGEU) programme. Both initiatives were proposed in the context of the EU’s response to the recession in the wake of the coronavirus (COVID-19) pandemic. Financial assistance of up to €100 billion can be provided under SURE in the form of loans from the EU to affected Member States, mainly to address sudden increases in public expenditure to preserve employment. In July 2020 the European Commission was authorised to borrow up to €750 billion (in 2018 prices – adjusted for inflation this is now over €800 billion), to fund COVID-19 repair and recovery work through its NGEU instrument.

The implementation of SURE and the NGEU programme marked a watershed in the EU’s common fiscal policy, in terms of both the sizeable volumes and the independent funding structures. Historically, European Commission borrowing has occurred since the early 1980s. These funding activities are organised on a back-to-back basis, meaning that funds raised on the market are lent on by the Commission to beneficiary countries under the same terms and conditions (coupon, maturity, nominal amount) as those received by the Commission. The much larger SURE and NGEU-related volumes have required more active liquidity management of the EU’s balance sheet. In April 2021 the practice of back-to-back lending was therefore not made a requirement for the NGEU initiative, allowing instead for a more flexible management of EU funds.

As of December 2021, the amount of outstanding EU bonds had grown to €215 billion in total. The first SURE bonds were issued in October 2020, while the first NGEU bonds were issued in June 2021. By December 2021 SURE and NGEU-related bonds accounted for three-quarters of all outstanding EU bonds. By 2028 NGEU volumes are foreseen to reach €800 billion, more than twelve times the level in December 2021. Including the approved funding for other smaller programmes, the total available amount of EU bonds is set to exceed €1 trillion by 2028. This amount corresponds to approximately 43% of Germany’s public debt in 2020 and approximately 65% of Spain’s.

Creditworthy and robust, but are EU bonds liquid enough?

In bond markets, investors demand additional compensation relative to the safest assets for a range of risks, with default risk (i.e. the risk that the issuer might not repay its obligations) often being the most important. Several institutional layers of debt-service protection mean that EU-issued bonds, including SURE and NGEU-related bonds, have a low default risk. Credit rating agencies, however, are not in complete agreement on the extent to which EU bonds are free of default risk. The Moody’s rating agency keeps its best long-term issuer rating (Aaa) for the EU, while Standard and Poor’s provides a long-term issuer rating from its second-best rating bracket (AA). Figure 1 plots the minimum rating from four rating agencies on its horizontal axis, suggesting that they collectively consider EU bonds’ credit quality to be close but not (yet) equal to that of, for example, German Bunds. At the same time, EU bonds have traded at tight yield spreads relative to German Bunds, and below the GDP-weighted average of euro area sovereign yields (not shown in the chart), suggesting that the high credit quality of EU bonds is well understood by market participants.

EU bonds’ yield spreads over the German Bund also reflect the robustness of EU-issued bonds. These spreads rose only slightly during the onset of the pandemic-related recession in early 2020, and by considerably less than Italian and Spanish spreads (see Bletzinger et al., 2022, for details). This stability of EU yield spreads does not mean that EU bonds will automatically become a supranational euro-denominated safe asset. But, like a good friend, EU bonds have been shown to retain their value during these demanding times.

A safe asset is traded in liquid markets. Market liquidity ensures that investors can sell their asset at any time without causing a major change in the market price. Liquidity risk is the second key risk (after default risk) for which investors demand compensation. The spread between bid and ask quotes is, arguably, the most straightforward indicator of market liquidity, providing information on how costly a bond transaction can be expected to be on any given day. Before the first issuance of SURE bonds in October 2020, EU bonds were subject to considerably lower market liquidity (i.e. a wider bid-ask spread) than the sovereign bonds of large euro area countries. Figure 1 shows that the EU bonds’ bid-ask spreads decreased substantially over time following the launch of SURE and the NGEU programme, approaching the level of Spanish sovereign bonds’ bid-ask spreads.

A clear improvement in EU bonds’ market liquidity can also be observed in their decreasing yield spreads over other reference bonds. Figure 2 compares the ten-year EU bond-Bund spread with the ten-year KfW bond-Bund spread over time. The two time series evolve almost identically, up to the first issuance of EU SURE bonds on 20 October 2020. EU bonds’ total market volumes, and therefore also their expected trading volumes, increased considerably following each SURE and NGEU issuance date. The divergence between the two yield spreads, particularly following the first SURE bond issuance, suggests that investors well understood and incorporated the improved liquidity conditions into the yields of EU bonds.

In Bletzinger et al. (2022) we also argue that a safe asset’s market liquidity should be sufficiently high to accommodate central banks’ monetary policy operations. Specifically, central bank purchases (flows) and holdings (stocks) of these assets should not inappropriately dry up a burgeoning market. Our analysis of the reaction of EU bonds’ bid-ask spreads to Eurosystem bond purchases, accounting for holdings, suggests that central bank purchase flows and asset stocks do not appear to have significantly hindered the trading of EU bonds.

EU bonds score relatively highly on the quality scale (because of their low perceived default risk), but, while their market liquidity has improved, it is still low relative to, for example, German Bunds. Market liquidity will probably improve to some extent over time as the market grows.

EU bonds’ prospects for becoming a genuine euro-denominated safe asset could potentially be hampered by the fact that both SURE and the NGEU programme are foreseen to be one-off, time-limited pandemic emergency responses. After all, traditional safe assets, like US Treasuries or German Bunds, tend to trade in markets without a definite endpoint which makes the cost of setting up a dedicated trading infrastructure worthwhile. By contrast, the final SURE and NGEU-related EU bonds are currently foreseen to mature in 2052 and 2058 respectively. This finite maturity may deter investors from establishing a long-term investment strategy in which EU bonds would be considered a permanent part of their portfolios. That obstacle might be mitigated by the establishment of an additional bond-financed EU budget to cushion some of the detrimental impact from Russia’s war of aggression against Ukraine, as was being discussed within the EU at the time of writing.

Finally, the perception of EU bonds as safe assets also hinges on the continuation of their favourable regulatory treatment. While the lifetime and regulatory treatment of SURE and NGEU-related bonds are to some extent within the ambit of the EU Member States, other determinants of secondary market liquidity depend primarily on private sector actors. For instance, EU bonds are currently not included in sovereign bond indices. This exclusion restricts demand for them from certain safe-asset funds. In addition, there is currently no direct derivative hedge instrument for EU bonds. For such an instrument to be viable, a deep and liquid repo market would need to evolve first. Even though it is too early to judge whether private sector market participants will include EU bonds in sovereign bond indices or introduce futures contracts, both the recent improvement in market liquidity and the overall increasing attention paid to EU bonds offer some support for such steps