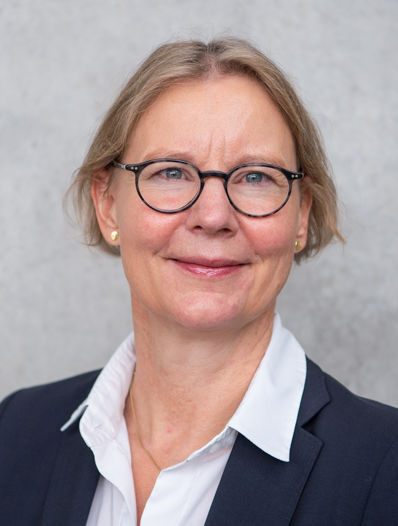 While there is broad consensus that carbon pricing (i.e. a carbon tax) is an effective instrument for combatting climate change, the potential contribution of central banks is still debated. Central banks around the world have explored various strategies for integrating climate change into their monetary policy frameworks. Potential tools include greener collateral frameworks, green lending facilities and green quantitative easing (QE), whereby central banks “tilt” their balance sheets towards bonds issued by firms in “clean” or non-polluting sectors. How much can central banks contribute to climate change mitigation in this way? How effective are these tools in reducing carbon emissions relative to a carbon tax? Are they complementary to carbon pricing?

In Abiry, Ferdinandusse, Ludwig and Nerlich (2022), we contribute to this debate by assessing the effectiveness of green QE in limiting global warming compared with a carbon tax. We define green QE as a full portfolio reallocation of the outstanding stock of privately issued bonds held by central banks towards a portfolio exclusively comprising green bonds.

To this end, we develop a stylised two-sector integrated assessment model where aggregate world output is produced employing clean and “dirty” (carbon-intensive) intermediate goods. Intermediate goods are produced using the inputs of capital, labour and energy (which can be either clean or dirty). The production of dirty energy emits carbon that accumulates in the atmosphere and drives up global temperatures, which in turn damages the world economy. Chart 1 depicts these stylised interactions. Without additional policy intervention, global temperatures rise to 3.5ºC above pre-industrial levels by 2100. This is well above the Paris Agreement target of 1.5ºC.

Stylised interactions between the world economy and the climate

In our model, we look at two types of policymaker: fiscal authorities that are in charge of setting a carbon tax and central banks that hold privately issued assets on their balance sheets. In the baseline, carbon is not taxed. Introducing a carbon tax increases the price for dirty energy, which reduces its use in the economy via two channels: first, dirty energy is partly substituted by labour and capital in the intermediate goods sector; and, second, the higher relative price of dirty intermediate goods owing to higher dirty energy prices, dampens demand.

In the case of central banks, the outstanding stock of privately issued bonds they hold is calibrated based on 2021 data and fixed at 10% of world GDP over time. We do not model the rationale for QE but assume this to be a long-term feature. Without policy intervention, the split of clean and dirty assets held by central banks is proportional to that of private holdings. With policy intervention (green QE), all central banks’ portfolios are tilted fully away from dirty assets. We choose this extreme scenario to generate the maximum impact for a given portfolio. A key assumption in the model is that the returns on the two classes of assets are not perfectly correlated. Therefore, the portfolio reallocation decision by central banks is not fully offset by reverse portfolio changes of private investors.

Green QE impacts the economy through higher costs of dirty capital. Looking more closely at this impact, we find at least two counteracting forces at play in our model: on the one hand, demand for dirty intermediate goods shrinks owing to a rise in relative prices. On the other hand, this positive impact is partly offset by a substitution of input factors in the production of dirty intermediate goods, particularly from more expensive capital to energy.

How effective is green QE?

We find that green QE is effective, although its impact is modest as it would limit the rise in global temperature at most by 0.04ºC by 2100, compared with a situation with no policy changes (Chart 2). With a less extreme scenario in which only part of the central banks’ portfolio is tilted, the climate impact of green QE is even more limited. The two counteracting forces of green QE outlined above explain why the overall effectiveness of green QE, even with a full portfolio shift, is more limited as compared with other policy tools, such as a carbon tax. For illustrative purposes, we assume a low carbon tax of USD 13.6 per tonne of CO2 (which corresponds to USD 50 per tonne of carbon) and find that its impact is four times more effective than that of green QE (Chart 2). Our findings are broadly in line with those of other studies, for example Benmir and Roman (2020), and Ferrari and Landi (2022).

What level of carbon tax would be needed to achieve the same reduction in temperature as green QE? We compute the equivalent level of carbon tax to be USD 3 per tonne of CO2. This is low compared with for example the carbon price peaking at USD 98 per tonne of CO2 under the EU Emissions Trading System in mid-August 2022, even though it covers only around 40% of the EU’s greenhouse gas emissions. The Organisation for Economic Cooperation and Development suggests that the uniform carbon price across sectors should increase to around USD 120 per tonne of CO2 by 2030 to be aligned with the targets of the Paris Agreement.[2]

While the effects of raising a carbon tax dwarf the effects of green QE, the latter may still be an effective complementary tool, especially if there is a failure to coordinate fiscal policy to deliver a sufficiently ambitious carbon tax on a global scale. In such a situation, we find that green QE can help mitigate climate change when it is added on top of a carbon tax, although the impact is somewhat less effective than if the policies were implemented in isolation (Chart 2). The reason for this non-linearity is that these instruments’ respective substitution effects on inputs slightly offset each other.

While the overall results are robust, they vary with changes in the assumptions. For example, we find that the more dirty assets central banks hold in the initial period – in line with Papoutsi et al.’s (2021) conclusion that the ECB’s corporate bond portfolio is tilted towards dirty assets – the higher the effectiveness of green QE. In contrast, when assuming a lower elasticity of substitution, demand for dirty intermediate goods would react much less to price changes. In this case, green QE would be less effective.

While a carbon tax is the most effective means for combatting climate change, the analysis shows there can also be a limited role for central banks. The focus in our model is on tilting the portfolio of privately issued bonds held by central banks around the world away from carbon-intensive assets. Other instruments available to central banks may also support climate change mitigation. Their impact merits further analyses.

Benmir, G. and Roman, J. (2020), “Policy interactions and the transition to clean technology”, Centre for Climate Change Economics and Policy Working Paper, No 368.