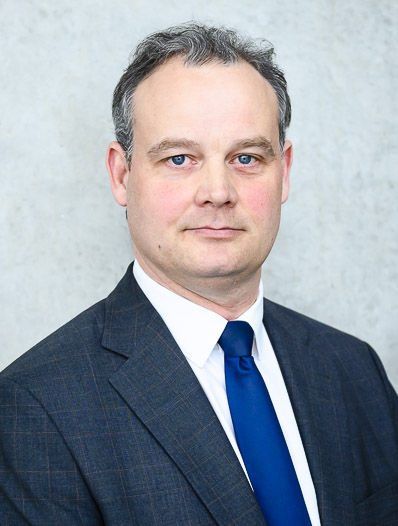 On 22 November 2022 the European Commission released its opinions on the draft budgetary plans (DBPs) of euro area countries for 2023.[1] Owing to the continued application in 2023 of the general escape clause of the Stability and Growth Pact (SGP), the assessment by the Commission followed the practice of the two previous years, focusing on the compliance of the DBPs with fiscal policy recommendations that are more qualitative than quantitative in nature.[2] These recommendations were adopted by the Council on 12 July 2022. At that time, the Council also advised euro area countries to adopt differentiated fiscal policies in 2023, in particular recommending countries with high levels of government debt to ensure a prudent fiscal policy. In operational terms, this means keeping the growth in nationally financed primary current expenditure, net of discretionary revenue measures, below the growth in potential output over the medium term. Euro area countries with low or medium levels of government debt were recommended to ensure that the growth in nationally financed current expenditure is in line with an overall neutral policy stance. In both cases, it was recognised that government expenditure plans would need to take into account the ongoing temporary and targeted support for households and firms via energy-related compensatory measures and for people fleeing Russia’s war of aggression against Ukraine. Euro area countries were also advised to expand public investment for the green and digital transitions and for energy security.[3]

In its assessment of whether the budgetary plans for 2023 are in line with the Council’s recommendations, the Commission focused on the compliance of countries with an indicator developed in the context of the coronavirus (COVID-19) crisis which adjusts the SGP expenditure benchmark.[4] First, this indicator takes into account the expenditures financed with EU grants under the Recovery and Resilience Facility (RRF) or with other EU funds. These financing sources provide a fiscal impulse to the economy but are not reflected in the budget balances of euro area countries, given that they are recorded equally as both revenue and expenditure. Second, the indicator nets out temporary emergency measures taken in response to the COVID-19 pandemic. Importantly, the expenditure aggregate underlying the indicator includes expenditure measures adopted in response to the energy crisis as well as nationally financed government investment. The Commission assessed the level of compliance with the Council’s recommendations of 12 July 2022 on the basis of an assessment of developments in these expenditure items.

According to the Commission assessment, the DBPs of euro area countries for 2023 are broadly in line with the fiscal policy recommendations of the Council, with a few exceptions. Among the countries with high levels of government debt, the Commission assessed the DBP of Belgium to be only partly in line with the recommendation, given that the growth in nationally financed current expenditure exceeds potential output growth. For Portugal, the Commission, while providing an overall positive assessment, saw risks of partial compliance should the energy-related compensatory measures not be unwound as planned.[5] Among the group of countries with low or medium levels of government debt, the DBPs of Germany, Estonia, Lithuania, Luxembourg, the Netherlands, Austria, Slovenia and Slovakia were assessed to be partly in line with the recommendation, given the expansionary rather than neutral contributions of their nationally financed net current expenditure to the overall orientation of fiscal policies in 2023.[6] All euro area countries plan to finance public investment for the green and digital transitions and for energy security, including by making use of the RRF and other EU funds, as recommended by the Council.

According to the Commission, fiscal policies may become expansionary in 2023 in an environment of still elevated inflation. According to the Commission’s autumn 2022 forecast, which incorporates the DBPs for 2023, the fiscal expansion based on the adjusted indicator described above will amount to around 2.2% of GDP in 2022, while broadly neutral fiscal policies are projected for 2023.[7] The Commission’s projections include a net budgetary impact of 0.9% of GDP from the measures aimed at mitigating the impact of high energy prices on households and firms in the euro area in 2023, down from 1.3% of GDP in 2022. The Commission also estimated that, if existing measures were extended throughout 2023, their cost could increase by an additional 1% of GDP, reaching close to 2% of GDP in 2023, thus rendering fiscal policies more expansionary.

The latest Eurosystem staff projections include a significantly larger amount of energy-related support measures than in the Commission’s baseline, pointing to an expansionary fiscal stance in 2023. The aggregate euro area energy support, as embedded in the macroeconomic outlook of the December 2022 Broad Macroeconomic Projections Exercise (BMPE), is estimated at around 2% of GDP. [8] This is significantly larger than projected by the Commission in its autumn 2022 forecast and reflects, among other things, a later cut-off date for projections, whereby more support measures are sufficiently specified to fulfil the criteria for consideration in the December BMPE fiscal assumptions.[9]

To ensure that fiscal policies do not add to inflationary pressures while safeguarding debt sustainability and supporting the growth-friendliness of public finances, it is important that policies are targeted, tailored and temporary. From a monetary policy viewpoint, energy support measures need to be further adjusted in accordance with these “three Ts”, i.e. the measures should be (i) targeted to the most vulnerable so that the size of the fiscal impulse is limited and benefits those who need it most, (ii) tailored so that measures do not weaken incentives to cut energy demand, and (iii) temporary so that the fiscal impulse is maintained no longer than strictly necessary. Given the expected deactivation of the SGP’s general escape clause as of 2024, a timely agreement on a reform of the EU economic governance framework will be essential as it will help orient fiscal policies going forward.[10] Overall, a gradual, realistic and sustained reduction of public debt where needed should be combined with an improved quality of government budgets and sustained public investment to support potential growth as well as the green and digital transitions.