The year in review

Since its launch in 2015, Target2-Securities (T2S) has attained high levels of operational stability and efficiency, making the settlement of securities via a common pan-European platform a reality. It has been an exciting year for T2S: the successful migration of three waves of central securities depositories (CSDs) brought a substantial increase in the volume of transactions settled on the platform. As of the end of February 2017, about 500,000 securities transactions are settled every day. Significant steps forward have also been made in the course of the past year towards the harmonisation of post-trade activities across all T2S markets.

Finally, the establishment of the Market Infrastructure Board (MIB) in March 2016 marked another important step towards greater EU financial integration beyond the field of post-trade activities. The new body, chaired by Marc Bayle, Director General Market Infrastructure and Payments at the European Central Bank, will support the operation and development of TARGET2 and T2S and play a key role in the enhancement of the Eurosystem’s market infrastructure services. It meets in different compositions, including the T2S Board, depending on the issues to be discussed.

The announcement of the delayed migration of Euroclear ESES planned for March 2016 resulted in a change in the migration schedule. A new migration plan, complemented by further mitigating actions to avoid other delays and to ensure the smooth migration of all markets joining T2S, was presented by the T2S Board at the end of 2015. These mitigating actions were in addition to the extensive testing activities conducted by each joining migration wave, which include multilateral testing, community testing, rehearsals of the migration weekend and tests with securities transactions in a pre-production environment.

During the last weekend of March 2016 the remaining two participants in wave 2 – Portuguese Interbolsa and the National Bank of Belgium Securities Settlement System (NBB-SSS) – migrated according to plan and began operating on the platform on 29 March.

The updated migration plan meant less time for preparations between wave 3 and wave 4 – the two largest migration waves in terms of volume – which were set just five months apart. The CSDs in these two waves had to conduct testing activities in parallel, while multiple software releases were delivered to ensure a smooth migration and to maintain a stable operational environment in T2S.

The migration of the five wave 3 CSDs was completed seamlessly in September 2016. Minor delays occurred in relation to the start of night-time settlement, initially leading to reduced punctuality, but all the issues were resolved. 12 September 2016 was the first T2S business day for Euroclear Belgium, Euroclear France, Euroclear Nederland, VP Lux (Luxembourg) and VP Securities (Denmark). With wave 3 on board, T2S reached about 45% of the total transaction volume expected after the end of full migration in 2017.

The migration of wave 4 participants took place over the weekend of 3-5 February 2017. On 6 February, the six migrating CSDs – OeKB CSD (Austria), Clearstream (Germany), KELER (Hungary), LuxCSD (Luxembourg), CDCP (Slovakia) and KDD (Slovenia) – were fully operational on the platform. Following their successful migration, T2S reached about 90% of the total volume of securities transactions expected by the end of the T2S migration phase.

The final migration wave is scheduled to take place on 18 September 2017. Although originally scheduled to migrate in this final wave, Euroclear Finland has communicated that it will delay its connection to T2S owing to issues related to its migration to a new internal securities processing platform. The delay will not affect the migration of the other participants in the final wave.

The user testing activities and other preparations for the migration of the final wave are on track. The participants – the Estonian, Latvian and Lithuanian CSDs plus Iberclear Spain –started their multilateral testing activities in September 2016. Five rehearsals of the migration weekend in different testing environments are planned throughout 2017. With the preparations moving forwards as planned, we look forward to welcoming the final wave in September 2017!

The year began with five CSDs processing an average of 92,000 transactions per day. By December 2016, the number of CSDs connected to T2S had grown to 12 and the number of transactions had reached a daily average of 255,000. In 2016 the highest daily settlement volume was recorded on 14 November, when 294,415 transactions were processed, while the lowest was registered on 5 January with 17,222 transactions.

Delivery-versus-payment (DvP) remains the most common type of transaction in T2S, accounting for 76.84% of the total volume settled on the platform. The other types of transaction processed by the platform include free of payment transactions (19.22%), payment free of delivery (2.12%), settlement restriction (1.47%), liquidity transfer order (0.31%) and delivery with payment (0.04%).

In 2016 the T2S platform experienced eight incidents which required the involvement of the T2S settlement and crisis managers. The majority of these incidents were software-related (i.e. the issues were not due to the inappropriate functioning of hardware, network issues or human error). Considering the magnitude and complexity of T2S, this number can be considered normal, also given the need to further stabilise and improve the functioning of the platform, especially after the migration of wave 3 in September 2016.

The problems were addressed by deploying new software releases and hotfixes. T2S release 1.1 was deployed prior to the wave 2 migration; release 1.1.5 fine-tuned the platform ahead of wave 3; and releases 1.2 and 1.2.1 were deployed towards the end of the year, as part of the preparations for wave 4. The change requests approved in 2016 are summarised in Table 1.

The connection between T2S and the Eurosystem’s real-time gross settlement system TARGET2 worked as envisaged. In 2016 no major issues occurred, with the exception of eight T2S-related incidents which caused a delay in the closing time of TARGET2.

T2S operates on a full cost recovery basis, which means the costs incurred must be covered by the revenues generated. The revenues are driven by the volumes settled on the platform in the course of the predefined cost recovery period.

In the first half of 2016 the Eurosystem started a review of the T2S operational costs. This will result in a full update of the costs after the final migration wave in 2017. Besides the ongoing costs review, T2S costs only increased to reflect the changes requested and agreed by the T2S Community and then deployed in new software releases. In 2016 the MIB decided to provide the T2S stakeholders with an overview report on the evolution of the T2S financial situation from year to year. The T2S financial statements have been prepared in accordance with specific accounting policies developed by the T2S Board. These policies are based on generally accepted accounting principles. For the sake of readability, the T2S financial statements have been prepared in a similar fashion to a profit and loss report (T2S operating statement) and a balance sheet report (T2S financial situation report).

T2S revenues depend on two factors:

In 2016 the Eurosystem continued to analyse regular settlement volumes, in order to make realistic projections of future T2S volumes and revenue streams. During the migration phase, the volume analysis includes the actual volumes settled in T2S by the CSDs that have already migrated.

In 2016 the volumes settled by CSDs that have signed the T2S Framework Agreement remained 25.8% below the initially projected level.

Chart 6: Projected versus actual volumes of transactions by T2S CSDs per year since 2010

Based on the volumes settled in T2S or reported by European CSDs which have not yet joined the platform, the T2S team makes projections for volumes, revenues and costs in order to evaluate the cost recovery prospects compared with the initial assumptions, which were based on the growth rates anticipated by the T2S Advisory Group in 2010.

The pricing policy stipulated in the Framework Agreement provides for the possibility of increasing T2S prices subject to certain conditions, namely (i) if the additional volume deriving from the contribution of non-euro currencies is less than 20% of the euro settlement volume, or (ii) if market volumes are more than 10% below the initial projections.

In March 2012 the T2S Programme Board (now MIB) clarified the T2S pricing policy, emphasising that it did not intend to propose any revision of the benchmark price of 15 euro cent per DvP settlement instruction until, at the earliest, one year after the last migration wave (i.e. no price adjustments before 2019). This is to allow for the build-up of a stable volume basis in T2S before assessing it against the two above-mentioned conditions in the light of the overall financial situation. In 2016 the T2S team remained focused on monitoring market trends to attract additional sources of revenue to T2S.

Driving harmonisation in the post-trade market

Post-trade harmonisation is crucial to achieving greater financial integration in Europe and T2S has been a true catalyst in driving the harmonisation agenda forwards, strongly supporting the European Commission’s efforts to build a capital markets union. In fact, the T2S markets are regularly monitored to assess the compliance of their technical, regulatory and market activities with the 17 endorsed harmonisation standards. The Seventh T2S Harmonisation Progress Report shows that, despite the remaining gaps in the area of corporate actions, T2S markets have improved their overall compliance record in the past three years. In particular, over 2016 the harmonisation compliance status – an indication of T2S markets’ level of compliance with the endorsed and monitored standards – have increased by 7% (from 63% to 70%).

T2S in the future

What’s next after the migration is complete?

The first rollout phase of T2S is approaching its end. With the final migration wave taking place on 18 September 2017, the number of CSDs connected to T2S will reach 22, representing a total of 20 European markets.

But this is not the end of the journey. The Danish kroner is set to join T2S by the end of 2018, turning it into a multi-currency securities settlement platform. Further currencies and markets may also join in future rollout phases and economies of scale will help T2S unleash its full potential. The more markets join the common securities settlement platform, the greater the benefits for its users.

Consolidation of TARGET2 and T2S

Looking further into the future, the Eurosystem is investigating the possible consolidation of the two market infrastructures it owns and operates – TARGET2 and T2S. The aim is to consolidate the technical and functional aspects of the two platforms, so the users of real-time gross settlement (RTGS) services in TARGET2 can also enjoy the benefits of the state-of-the-art features offered by T2S. 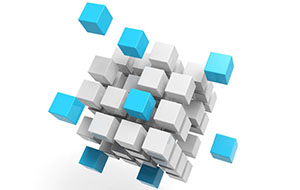 The impact on the T2S users, functionalities and processes will be minimal. The newly launched Advisory Group on Market Infrastructures for Securities and Collateral (AMI-SeCo) will be consulted on matters related to the consolidation which concern T2S. The outcome of the investigation is expected by the end of 2017.