In a market economy, prices for goods and services can always change. Some prices rise; some prices fall. One speaks of inflation if there is a broad increase in the prices of goods and services, not just of individual items. As a result, you can buy less for €1. Expressed the other way around, a euro is worth less than it was before. 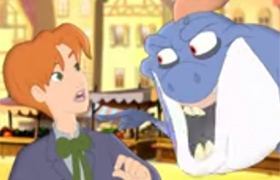 Have you seen the inflation monster?

Watch our cartoon on price stability

Some price changes are more important than others

Every household has different spending habits: some have a car and eat meat, others travel solely by public transport or are vegetarian. The average spending habits of all households together determine how much weight the different products and services have in the measurement of inflation.

For measuring inflation, all goods and services that households consume are taken into account, including:

Compare the price of the shopping basket from year to year

All the goods and services consumed by households during the year are represented by a “basket” of items. Every product in this basket has a price, which can change over time. The annual rate of inflation is the price of the total basket in a given month compared with its price in the same month one year previously.

In the euro area, consumer price inflation is measured by the “Harmonised Index of Consumer Prices”, often referred to by its acronym of “HICP”. The term “harmonised” denotes the fact that all the countries in the European Union follow the same methodology. This ensures that the data for one country can be compared with the data for another.

Inflation, price stability and the ECB

The main task of the ECB is to maintain price stability. This it defines as an annual HICP inflation rate of below, but close to, 2% over the medium term. Why maintaining price stability is so important

Before the euro became our common currency, each country measured inflation using its own national methods and procedures. The introduction of the euro made it necessary to have a means of measuring inflation for the entire euro area, without gaps or overlaps and in a way comparable across countries. The HICP, supported by a set of legally binding standards, does precisely this.

Weight of products in the HICP

The impact of a single price change on the HICP depends on how much households spend, on average, on that product.
Example coffee: coffee (together with tea and cocoa) has a weight of 0.4%. So, any change in its price will not have a big impact on the overall HICP.
Example petrol: petrol (together with other car fuels and lubricants) has a weight of 4.6%, meaning that the same percentage price change as for coffee will have an impact about ten times greater on the HICP.

Weights of the main product groups in the HICP

How is the HICP calculated?

Who calculates the HICP ...

… in the countries? Each euro area country has a national statistical institute. The institute calculates the HICP for its country.

… for the euro area? Each national statistical institute sends its figures to Eurostat, the Statistical Office of the European Communities. Eurostat then calculates the HICP for the euro area as a whole. Eurostat also ensures the quality of the national figures by monitoring compliance with the legally binding standards. For details, see Eurostat.

Consumer price inflation in the euro area since 1961

In the 1970s and 1980s inflation was high in many European countries. But since the mid-1990s, inflation rates have been significantly lower thanks to countries preparing for the launch of the euro and to the monetary policy of the ECB.

What is driving the latest inflation rate?

It’s not always the items whose prices change the most that have the biggest impact on the index. The rate of inflation also depends on the share of each product in average household consumption expenditure – in other words a product’s “weight”.

Explore the latest data with this interactive inflation dashboard

Check out the latest data and historical data going back to 1996. Take a look at individual countries and drill down into individual product groups. When you select a timeline, the development of inflation over time will be shown in an animation, month after month.

Consumer surveys often show that people “feel” inflation to be higher than the actual price indices indicate. So what forms people’s perceptions of inflation? A number of academic studies have found the following:

Inflation is an average of a wide range of price changes